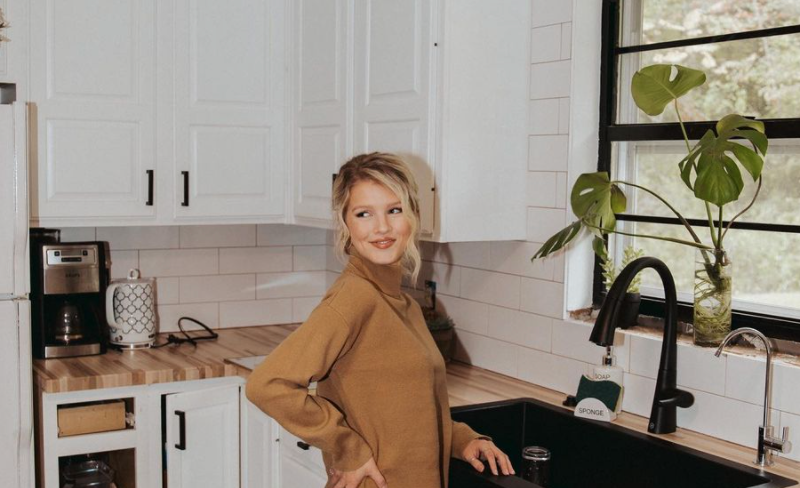 Bringing Up Bates fans are blown away by Josie Bates Balka’s family photos. She shared a couple of new pictures of her family of three and talked about the new addition on the way.

On her Instagram page, Josie shared two pictures of herself, her husband Kelton, and their one-year-old daughter Willow. Josie is wearing a ribbed sweater dress and tights. Kelton is wearing a flannel shirt and a vest. Little Willow in the middle is wearing a sweater and leggings. She’s also wearing a bow headband on her head.

In the first photo, the couple is holding their daughter and looking at her. In the second picture, they’re all three looking straight at the camera.

Though it’s still pretty early in Josie’s pregnancy, her baby bump is starting to show.

In the comments section of Josie’s recent post, fans are gushing over Josie, Kelton, and their little girl. Of course, they love seeing Josie’s growing baby bump too. They think she looks great, and they’re already starting to make predictions about the baby’s gender. Some seem to think it’s another girl, while plenty of others think it’s a boy. As of right now, the couple hasn’t announced the baby’s gender.

Fans also note that Willow is growing up quickly. They think she looks a lot older in these photos than she does in others.

In the caption of her post, Josie writes, “Sometimes I still can’t believe that we get to welcome another baby into our family this year ☺️🤰🏼👶🏼 So thankful for this life we are building together and the memories we’re creating along the way 💕”

Several of Josie’s sisters and sisters-in-law are also expecting right now. Alyssa Webster will give birth to her fourth daughter, Maci Jo, in February. Whitney Bates is having her fourth child in June, and she recently shared the baby’s name. Lastly, Tori Smith is having a baby girl in June.

So, what do you think of the new family photos? Share your thoughts below.