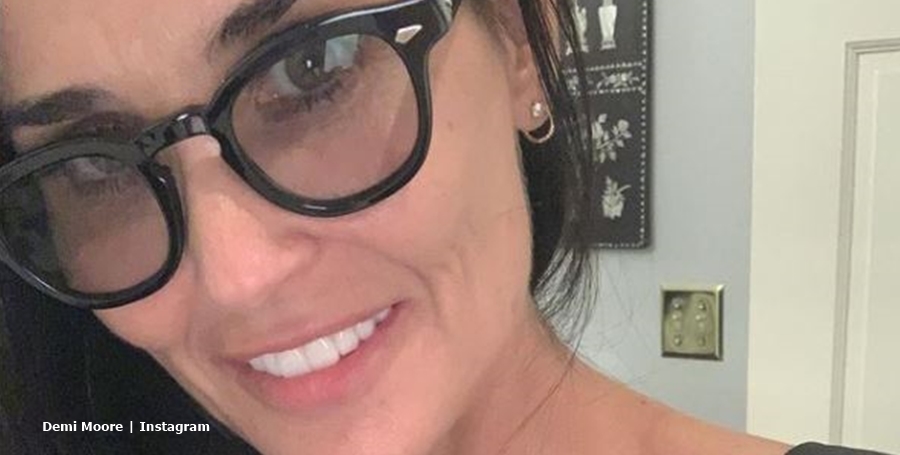 Demi Moore appeared in General Hospital way back in the 1980s, and she still looks amazing, but did she go over the top with fillers recently? Fans couldn’t help but notice that Bruce Willis’ ex looked a bit different at a recent fashion week event. Now going on 60 years years old, she still turns many heads. But her cosmetic work seemed to detract from her usual beauty somewhat.

Demi More looks like she had too many fillers

Since Demi appeared in General Hospital, she undertook many roles and racked up an impressive resume. But old father time catches up with everyone, even celebrities. Of course, looks seem like everything in modern culture. So, Demi’s not alone in seeking the help of cosmetic surgery and fillers. But did she take it a tad too far? The Blast noticed that she looked a bit different, but not in a very flattering way when she appeared at the “Fendi’s Spring-Summer 2021 show at Haute Couture Fashion Week.”

Actually, she revealed some very accentuated cheekbones. And her lips definitely looked much “fuller.” So, the outlet consulted with “plastic surgeon Dr. Frank Agullo aka Dr. Worldwide and Pam Agullo, MD.” Notably, neither of them ever worked on Demis Moore’s features. And, they discussed if she went for a facelift. And it seems that she probably did. But focus seemed to come on her fillers. And they both agree that it looks like someone went a bit over-the-top with it. So, she looks quite “unnatural.”

Wow Demi Moore at the Fendi show (via @toofab)https://t.co/8dOp4Z1xgK

Pam Aguilo seemed rather critical of Demi. She said, “To be honest, I am left speechless with Demi Moore’s transformation. She had always managed to achieve an ageless gorgeousness, but this time I believe she has gone way over the top.” Ouch! Well, that look probably came with fillers and a “buccal fat pad removal.”

Actually, both of these specialists believe Demi Moore now looks unnatural, and too much facework never really looks attractive. That might take some of the shine off Demi’s face for a bit. After all, she seemed so excited about the fashion week. On Instagram, she posted up about it. Her caption read, “Fulfilling a teenage dream… Thank you @mrkimjones for having me open the @Fendi SS21 show and congratulations on a beautiful and magical debut!”

While fans agreed she got the “walk” down pat, others wondered about her face.  One of them asked Demi Moore, “Honey, what did u do to your face!?”

Another one noted that modern culture seems cruel because people expect older people to always look young. They added, “If we could all age gracefully without the pressures of looking like our younger self, this wouldn’t even be a convo.”