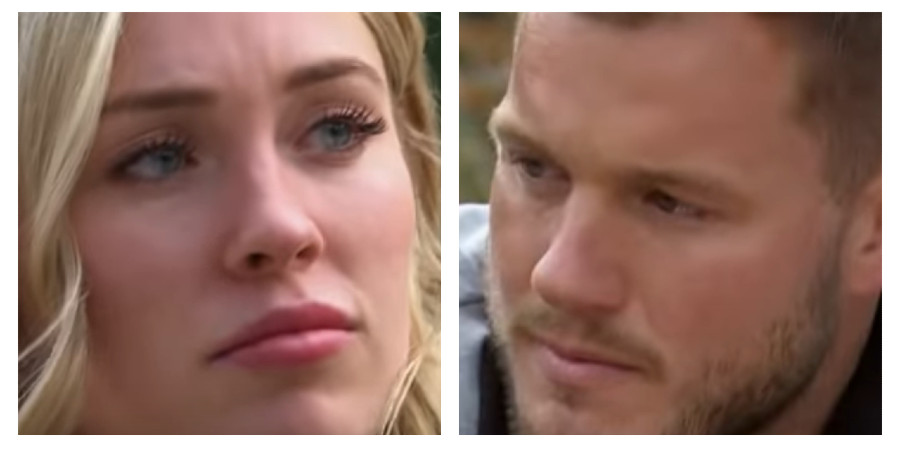 When Colton Underwood and Cassie Randolph broke up in the summer of 2020, she had some concerns. She was afraid that her ex was going to use their break-up as a way to make money. The former Bachelor star shut down Randolph’s concerns, but it seems she was right to worry.

Bachelor Nation was shocked when Cassie Randolph and Colton Underwood announced their break-up in May of 2020. After all, he jumped a fence and almost quit the show for her. That’s romantic, right? In hindsight, not so much.

A few months after their break-up, Cassie Randolph suddenly filed for a restraining order against her ex. She accused him of harassment and stalking, alleging he put a tracker on her car. The restraining order was dropped a month later without explanation beyond a “private agreement” between the two.

Two months before their break-up, Colton Underwood released the book The First Time: Finding Myself and Looking for Love on Reality TV. His romance with Cassie Randolph is heavily featured in the book. In anticipation of the paperback release, Underwood wrote a new chapter about their break-up.

It seems Cassie Randolph was right that her ex would “monetize” their split.

When excerpts of the book were first released, news outlets wrote that Cassie Randolph signed off on the new section. However, she has yet to confirm or deny if she gave permission for the chapter.

He also said that it was the quarantine that ultimately led to their split. In an excerpt published by E! Online, Underwood writes that “both of us were feeling overwhelmed and smothered.”

However, he also admitted to resisting the break-up, not wanting to let Cassie Randolph go. That’s the closest he comes to discussing the restraining order and other allegations.

Another section of the chapter seems to paint Cassie Randolph in a bad light, implying that they hooked up after the split.

“Afterward, she came back to my place, where we had a few drinks […] Then, when we woke up the next morning […]”

Fan reaction to Underwood’s revelations has been mixed. Some fans blame Cassie Randolph for “seeking fame” by dating The Bachelor star. Others see Colton Underwood’s behavior – both described in the book and seen on the show – as “toxic” and “controlling.”

Your headline should read “Colton Underwood penned a tell all book how he stalked, threatened, and abused Cassie Randolph causing her emotional damage” there I fixed it for Y’all. Let’s not normalize toxic relationships.

The paperback edition of The First Time: Finding Myself and Looking for Love on Reality TV came out on January 26, which is also Colton Underwood’s birthday.

Do you think the former Bachelor crossed the line with the tell-all chapter about Cassie Randolph? Let us know your thoughts in the comments below. Be sure to join our Bachelor/Bachelorette Facebook group to chat with other Bachelor Nation fans.