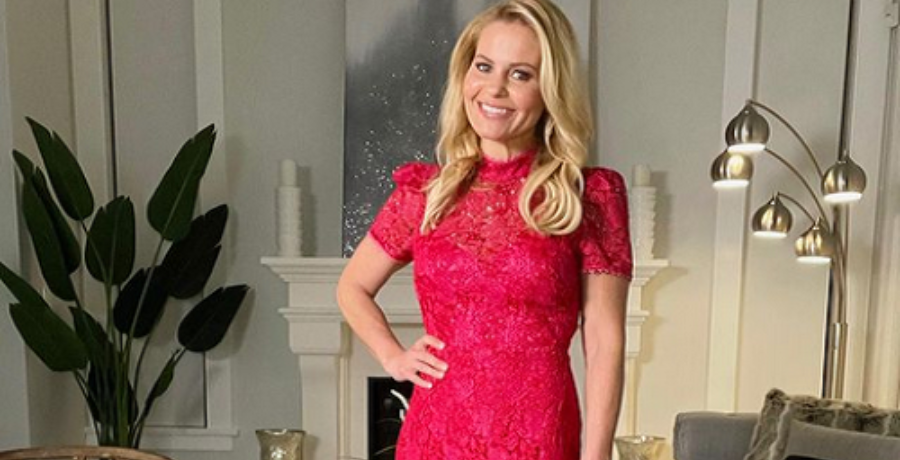 Candace Cameron Bure chooses to fight the online trolls. The Fuller House star is clapping back at the family photo controversy. She is not over it, and she’s not backing down. On Wednesday, January 27, the 44-year-old defended her decision to call out the “haters” who criticized her family portrait she posted during the holiday season.

In her latest interview with Extra, Candace joked that she was channeling her inner “mama bear” during the time. As fans know, she’s been clapping back at a lot of “haters” lately. When they’re not criticizing her family photos, they’re judging who she follows on social media.

Candace Cameron Bure is “not posting for your negativity”

During her conversation with Extra, Candace Cameron Bure addressed the ongoing family portrait controversy. She understands everyone on social media receives judgement. However, she felt the need to clap back. The Aurora Teagarden star is very territorial when it comes to her children. Some of Candace’s followers were judging how they posed in the photo.

“Listen, on social media, everyone gets criticized. And if you are a celebrity, it just comes with the territory and I can handle it,” Candace explained. “But the second someone starts to criticize my children, or say negative things like [that], mama bear comes out.”

The Christian influencer reminds her fans and followers “that there are real people with real feelings behind the screen.” She also exclaimed that she’s “not posting for your negativity.” Candace was simply sharing a family photo that she loves and wanted the world to see. She couldn’t sit down and take all the criticizing she was getting.

It all started on Saturday, January 2, when the actress shared a family photo on Instagram to commemorate the new year. According to People, Candace’s Fuller House costar Dave Coulier’s wife, Melissa Coulier, shot the photo of the family sitting on a wooden bench. On Facebook, the mom called out people “who thought it would be funny to point out things and share their commentary.”

Candace Cameron Bure noticed the negative remarks she received for that photo alone. Some trolls didn’t like how her kids posed. Others noted that they weren’t smiling. At the time, the Queen of Christmas took to the comments section and told them to “Do better than that. Please.”

“I posted my family Christmas photo and sadly, there were so many unkind comments,” she continued. “Do you think it’s funny to criticize someone’s children? To make jokes about them? To critique our poses? The direction in which we are looking? Our physical appearance and facial expressions?”

The star encouraged people to “be better than that” and added that she is “praying for humanity.” Recently, Cameron also told her fans that it doesn’t matter who she follows on social media. She told them that a “follow does not mean an endorsement.” Candace chooses to follow an eclectic mix of people to get different perspectives.