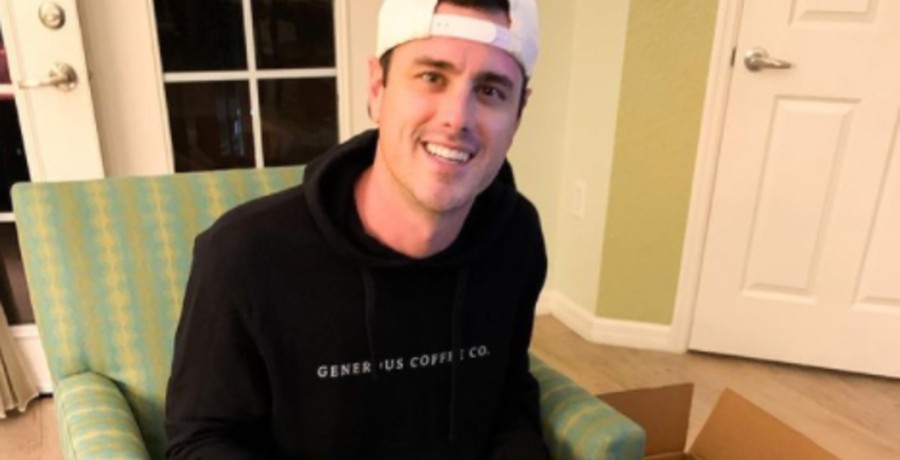 Ben Higgins and Jessica Clarke announced their engagement in March right before the pandemic started. Like other couples in 2020 they had to postpone the wedding.

Higgins said the pushback has been difficult for Jessica. He said he stayed out of the planning for the most part. About the delay, he say, “I’m making this commitment that I’ve been ready to make with her for a long time and it just keeps getting pushed back.” The two met when Ben sent Jessica a DM.

Ben Higgins Is Ready To Make The Commitment

Ben Higgins said the hard part he thinks is planning something, that could change with the pandemic still around. The reality is things can change on a dime without warning. He said, “It’s also trying to plan it so that grandparents can come, hopefully, and that way they can be there to celebrate with us. I think that’s the part that is the most stressful, just not knowing.”

They bought a house together in Colorado according to People. Ben said they’d made the decision in the past not to be intimate until marriage, but they didn’t plan on waiting a year and a half.

He said Jessica is living in their home and he won’t be there until they’re married. He said even if the wedding doesn’t happen, they’ll still get married. Ben has a lot of fans who love him and wish him only the best. One commented on Instagram, “Ben, Matt & Sean… best bachelors this show has ever seen.”

They Will Have A Nice Valentine’s Day Together

Ben Higgins said their Valentine’s Day plans will include pizza and wine by the fire. He said the two of them spent a lot of time long distance so being together is a big deal. Ben is also going to give a special treat to ten fans of The Bachelor.

In a partnership with Campo Viejo, a wine company, he’s giving away a message to the winners. A special Valentine’s message from a former Bachelor. It will be exclusively for the winners and their Galentine’s date.

Ben has been busy. His book is coming out on the 2nd of February. He also made an appearance on Matt James’ Bachelor setting up an obstacle course for the girls. It had thousand-pound pumpkins to row in and squirrel costumes to wear while looking for acorns. He also offered advice to Matt about the five new ladies that joined.

One fan said, “thanks for paving the way. So so so good to have you back on our tv’s tonight.”

On Instagram, he praised the current Bachelor. He said, “my personal opinion is that he is doing great! With all the plot twists and drama aside, I tried my best to help!”

‘Y&R’ Spoilers: GAME OVER! Phyllis Blows Tara And Sally Up?
OH NO!!! One Of Todd Chrisley’s Children Confirms Divorce
‘Sister Wives’: Did Meri Brown Get Drunk & Go Live On Instagram?
Is This A Sign ‘Bringing Up Bates’ Will Be Canceled?
Wait, Anna Duggar NOT Jim Bob Forced Josh On The Rebers?!