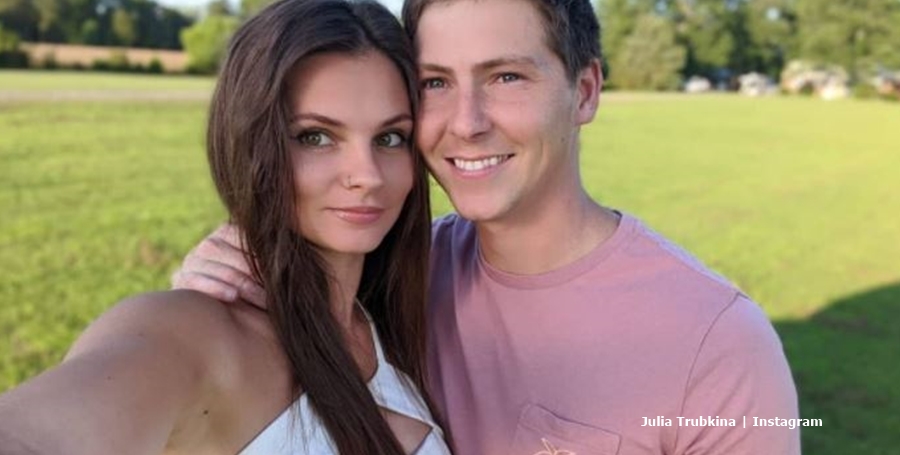 90 Day Fiance star Julia Trubkina and Brandon go through a difficult time at the moment. She hates living on the farm in Dinwiddie, Virginia. But it seems that Brandon’s parents actually allow her to leave it now and then. In fact, the Russian woman revealed a hidden talent. Fans seem a bit surprised at how very talented she is.

Apart from Brandon and Julia, fans meet his parents, Ron and Betty Gibbs. The attractive woman really doesn’t like feeding the livestock. Plus she finds other farm chores particularly unappealing. More than that, she’s had enough of his parents insisting she lives by a lot of petty rules. Like not sharing a room with her man. Brandon’s not around much as he works off the farm as a pest technician. And when he’s home, he also helps with chores.

Clearly, life in the USA falls way short of Julia Trubkina’s expectations. In fact, she’s so fed up that she told Brandon, they must get off the farm, or she returns home to Russia. Bear in mind, she’s very much a city girl and the reality of farm life means hard work and dirt. Plus, Brandon blamed her for delaying his chores early in the mornings. But maybe she took some consolation from the fact that she indulged in her hidden talent recently. The 90 Day Fiance star shared the news on her Instagram on Wednesday, January 27.

90 Day The Melanated Way shared a clip on their Instagram account. It revealed her kicking the ball around on a soccer field. And she did some sort of trick with it. The admin in the account captioned it with, “Who knew!? @juliatrubkina1993 is a footballer! ⚽️💛🙌🏾 (American 🥅 soccer).”

Lots of 90 Day Fiance fans think Julia Trubkina looks amazing with her slim physique. People agree that she’s very pretty. And generally, most TLC fans seem to like her a lot. So, if she plays a sport that she clearly enjoys, they feel happy for her. Interestingly, the Hindustan Times noted that “The Communist Party [in Russia] brushed aside its stated equality goal and banned women’s football outright in 1972 because it was a ‘men’s sport.” But these days, more women play and they even have a national team.

Maybe if 90 Day Fiance star Julia Trubkina remains in the USA, one day, she might shine in the sport. Did you know she had this hidden talent? Sound off in the comments below.

Ali Fedotowsky Reveals Medical Issue She’s Hid From Fans On Instagram
Did Stassi Schroeder Bully Someone On Instagram?! What Happened
Clare Crawley Underwent Breast Implant Removal Surgery, How Is She?
Isabel Roloff Gets Real With Fans, Opens Up About Forgiveness
‘Welcome To Plathville Season 3’ Will The Family Make Amends?