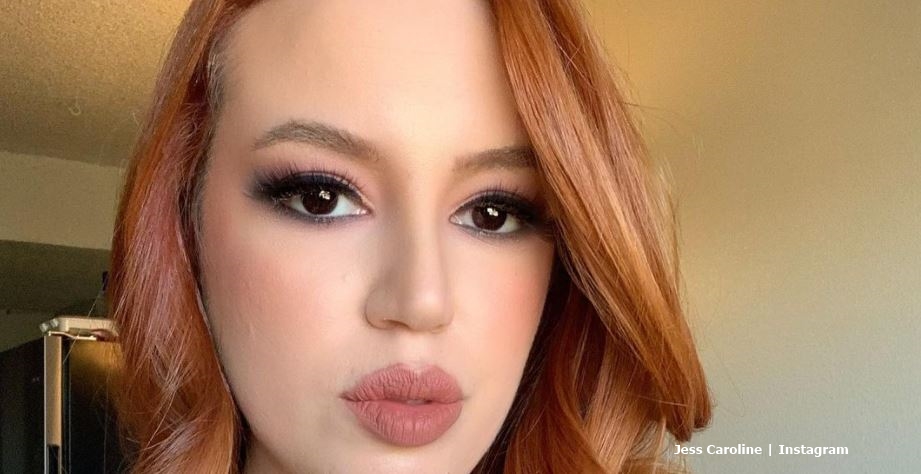 90 Day Fiance fans really took to Jess Caroline when she dated Colt Johnson but she just got dissed for her twerking efforts. Initially popular, she lost some fans after she started her OnlyFans account. These days, most of the TLC stars open those accounts. And Jess isn’t alone in profiting off it. She started her account not that long after she appeared in Season 5 of 90 Day Fiance: Happily Ever After.

We reported that fans liked Jess a lot as she stood up to Colt and Mother Debbie. In a big drama, she accused Colt of cheating on her. She ended up losing her job over intimate photos.

Many TLC fans thought that Colt only used her so he could re-appear on the franchise. Recall, he first appeared with Larissa Lima. They ended up divorced, which gave him more screen time. Moving on from him, Jess later started her OnlyFans and advertised it in a stunning red bikini. She promised fans that she planned no unclothed or over-the-top intimate scenes.

However, 90 Day Fiance’s Jess Caroline soon picked up some critics. That came in October when she shared a photo of herself in some lingerie. Lots of people trolled on her. Defiant, she simply posted up another one and slammed people who body-shamed her. She also said that many hateful comments went her way the first time. Some of them even suggested that she sold herself to “an American for a green card.” It certainly seems that TLC stars need really thick skin with all the trolls who follow them. Now, more people dissed on her after she tried twerking.

Jess shared a clip of herself enjoying her long hair. It looks like she filmed herself in a salon. But then, turning her back to the camera, she started twerking. And, yes, critics agreed she looked ridiculous. 90 Day Fiance Fanatics shared the short clip on their Instagram account. And TLC fans dissed and trolled her all over again. Actually, quite often, the fan and blogger pages bring rather more critics. Often, if people troll on the stars’ own pages, loyal fans slap them down for not saying anything nice.

Some very uncomplimentary comments went the way of 90 Day Fiance’s Jess Caroline. One person said, “That’s the worst twerking I’ve ever seen lol,” And another one noted, “Lol this ol horse tooth heifer 😂.” And that seemed rather cruel. Other nasty comments followed, and one person compared her to a “truck backing up.”

Hopefully, Jess Caroline has learned to put on some armor when it comes to trolls. The 90 Day Fiance star really manages to get a lot of immature hate and body-shaming since she started her Only Fans account.

What do you think of her new post? Let us know in the comments below.