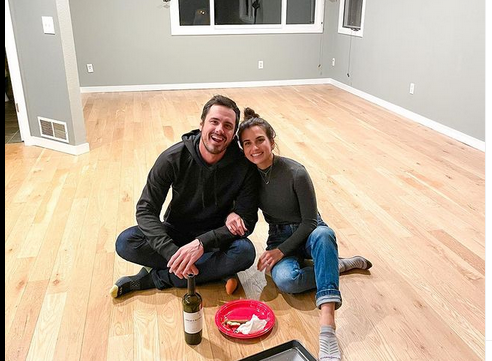 The Bachelor fan favorite, Ben Higgins, feels that the label ‘Perfect Ben Persona’ really set him up for failure when it comes to life and relationships. Fans fell in love with the perfect image that Ben portrayed during his season over 5 years ago. We all felt that he could do no wrong. Ben revealed this to the current Bachelor, Matt James. This was during his cameo appearance on the January 25th episode.

He had a talk with Matt on the show. He tells Matt that he is a great guy who has never walked The Bachelor corridors before. Ben shares that it can be intimidating if it is the first time to be on the show. He also worries that Matt might start to just be ‘robotic’ on the show. Ben was a contender for Kaitlyn Bristow’s heart in her season of The Bachelorette and this made him ready for his own season.

Ben on Trying to Run from the ‘Perfect Ben Persona’ Label

He confided in Matt that when he was on his press tour, a huge poster of his was hanging on the side of the ABC building. What stood out to him was the ‘Perfect Ben’ label and he felt that he couldn’t be more set up for failure. Ben has an upcoming book, Alone in Plain Sight, that will go up for sale on February 2nd. In the book, he touches on his insecurities as well as the self-doubt he felt for a long time.

“I had massive expectations on who I was and at that time, I wasn’t even talking about it. But inside, I felt far from perfect. I hope, my life story, my legacy is not built on the show, but it has been to this point. And, like, if my legacy is built on something that is not true that [is] an isolating feeling,” says Ben on the ‘Perfect Ben’ label.

Higgins has been the go-to guy for The Bachelor contestants. He gives advice on how to handle being on the show and love in general. Many can remember during his season he publicly declared his love for 2 women.  This is something that he feels guilty about during his season.

Did Ben Ever Find Love?

Ben broke up with his season’s betrothed, Lauren Bushnell after 2 years together. However, he is currently dating Jessica Clarke, a 25-year-old fitness enthusiast. Then got engaged in 2020. Hopefully, these two lovebirds end up tying the knot soon. They are currently living apart until their wedding. However, they have already purchased their dream home in Colorado and cannot wait to share memories there together.

What do you think about Ben Higgins’s? Is he trying to justify himself?  Let us know in the comments