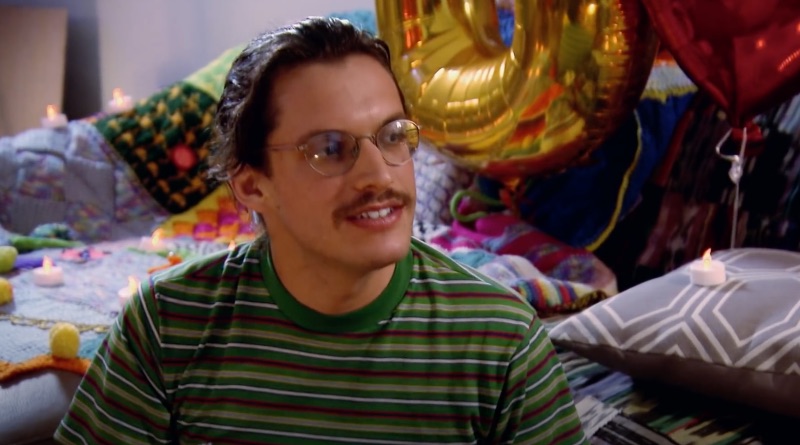 Married at First Sight cast member Bennett Kirschner (Amelia Fatsi’s husband) is a big hit with fans. But a recent photo of him worries a lot of viewers.

Bennett Kirschner and Amelia Fatsi are one of the most popular couples in Married at First Sight history. They were a big hit right from the start. And their equally quirky nature is something viewers love about them. And even though they’ve been off the air since the season in New Orleans wrapped, Bennett regularly engages with viewers.

Bennett Kirschner told his followers that he enjoys meeting new people and making new friends. That can be hard with things like social distancing in place. Still, Bennett included a photo of himself with one of his friends. And he asked viewers to submit photos of them with their friend groups as part of his next photo series.

Something Missing from Bennett’s Photo

Even though Bennett Kirschner’s recent post is about making new friends, Married at First Sight fans took notice for a much different reason. Bennet gives a thumbs up in the picture with his friend. And in that image, eagle-eyed viewers noted that he isn’t wearing his wedding ring. And because of that, fans were quick to ask him why.

Bennett Kirschner and Amelia Fatsi are one of the most popular couples from Married at First Sight. And because of that, there was alarm among fans as Bennett is without his ring. But luckily for fans, there’s a perfectly good explanation for it.

According to Bennett Kirschner, he told his Married at First Sight followers that he and Amelia Fatsi do not wear their wedding rings. He thanked fans for showing concern. But it looks like everything goes well for the pair despite not wearing their wedding rings. Meanwhile, he assured viewers that “nothing has changed”.

Certainly, this is good news for fans. Viewers invest many hours watching their journeys. And it’s always a sad event when pairs call it quits. This is especially true if it’s a fan-favorite duo like Amelia Fatsi and Bennett Kirschner.

Bennett Kirschner and Amelia Fatsi are quirky in their own way. They are certainly not your typical Married at First Sight pair. And that’s one of the many things fans love about them. Because they move to the beat of their own drum as a pair, it’s not a stretch to think they’d do something unorthodox like not wear their wedding rings. As a couple, they’ve always done their own thing. And the good news for fans is that they’re still going strong despite some of their untraditional choices.

‘General Hospital’ Spoilers, August 2-6, 2021: What Is Austin Up To?
‘LPBW’ Jackson Roloff Has What It Takes For His Own Show?
Did Ariana Madix Change Her Stance On Having Kids?
‘The Grand Tour: Lochland’ Released, Will Covid Derail Next Season?
Will ‘Chicago Fire’ & ‘Chicago P.D.’ Also Drop On Netflix?