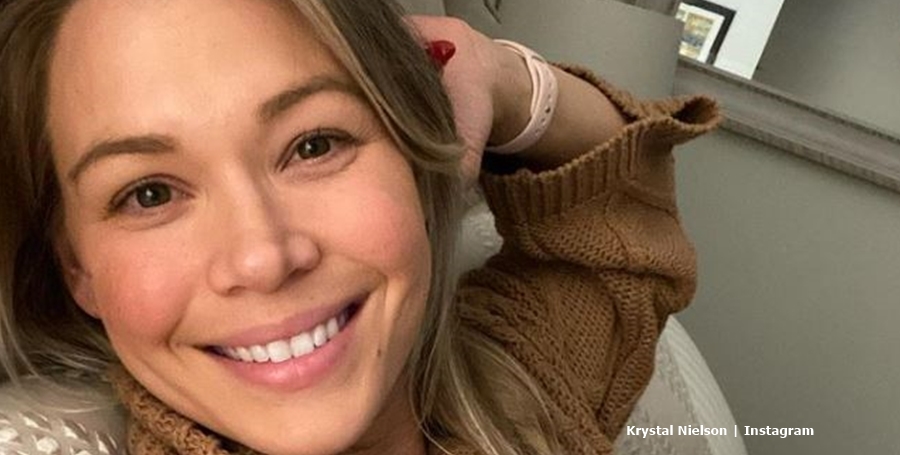 Krystal Nielson and Chris Randone split about a year ago. And she found another boyfriend soon after, named Miles Bowles. In November the Bachelor in Paradise alum announced her pregnancy. And now, she said that she feels very vulnerable. She also deals with a torrent of other emotions right now. But, most mamas-to-be experience exactly the same thing. So, she’s not alone.

When Krystal announced her pregnancy, we reported that officially, she was still married to Chris. And, when she lived with him, she tried for a baby. That never worked out, possibly, fortunately, given how their relationship ended. And she may have carried on trying when she fell in love with Miles. Since ABC fans heard about the pregnancy, they notched their relationship up higher.

Earlier this month, the couple moved in together. Once again, the important announcement came via her Instagram. Krystal Nielson wrote, “It’s official…we moved in together!!” She captioned the post. with, “while it may not seem as big of a deal as a baby on the way…it’s an important stepping stone in ANY relationship and deserves a moment of celebration!! And I HAD to let you, my IG Fam, know!!” It seems that Miles moved in with her as she lives in her dream beach home.

On Tuesday, January 26, Krystal took to her Instagram and talked about her many emotion. She mentioned that she feels “extreme vulnerability.” So, she takes things “day by day.” She also mentioned, “I’ve been on a journey of learning to trust, to let go of resentments and expectations, and to lean into love… and it requires patience [and] humility” as well.

When she started writing, the BiP alum mentioned that she fully intended to write about something else. But, she just shared her feelings right now instead. So, she wrote about the “overwhelming excitement, fear, stress, and 986 other emotions I’m feeling about the upcoming journey of becoming a mother.” Apart from the vulnerable side, Krystal Nielson also experiences things that she fears. And for a first-time mom, it looks like many fans also felt that.

In the comments section, of her post, one fan wrote, “Being a mommy is the hardest thing I’ve ever done, but also the most amazing!! Don’t worry ❤️ You are the perfect mama for this baby.”

Another fan told Krystal Nielson, “Fear of [the] unknown is completely normal, you will be fine! 😉 Having a child is a very overwhelming event but you love your baby so much everything else doesn’t matter.”

Many fans root for Krystal, and most of them just can’t wait to see the first posts of her precious baby.