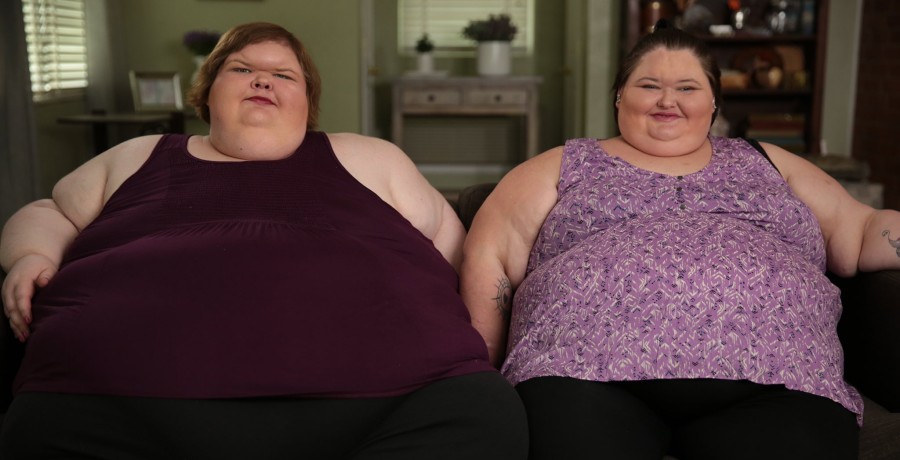 The 1000-lb Sisters, Amy and Tammy Slaton, have captured fans attention since the start of their show on TLC. The show started back up in January this year and continues to follow the weight loss journey of the sisters. However, it has taken many different twists and turns as it continues. Viewers tune in to see what the girls are up to but fans are curious about how the two scored their own show on TLC. Let’s take a look.

A little bit about the 1000-lb sisters

Amy and Tammy put their whole life on TV, chronicling their weight loss journey for the world to see. When the show first began, Amy Slaton weighed 406 pounds, and Tammy Slaton was at 605 pounds. Yes, they are aware that this can make you a target for bullying and some pretty harsh criticism from people on social media. But the two continue on and the show continues to gain popularity.

Before their appearance on TLC, the sisters were famous YouTubers. In 2011, Amy Slaton launched her YouTube channel, in which she would post funny videos that featured her and her sister Tammy. One of their first videos went viral  in 2014, and it showed them taking on the “Chubby Bunny Challenge.” A couple of years later they received fame from another video titled “The Power of Makeup.”  The video has around 7.5 million views. They not only make money from the show, they also get money from YouTube.

Their fans wanted more of the 1000-lb sisters

The Louisville Courier-Journal revealed that it was Slaton sisters, YouTube followers who first reached out to TLC, asking them to feature the duo in a TV series.  The Sister’s later expressed their hope to be able to show people a different side of themselves that wouldn’t necessarily come across in their crazy but funny YouTube videos.

TLC gave the girls a chance

As we all know, the girls were picked up by TLC thanks to their adoring fans. The first season focused on both girls struggling to lose weight and get healthier. However, Amy was also trying to lose weight so that she and her husband could have a child. The second season continues their weight loss journey but this time it focuses on the fact that Amy was finally able to get pregnant.

The girls are brave to put their life out there, knowing that they will face criticism and bullying. So let’s hope the two get compensated for their time. While the exact amount that Amy and Tammy make from the popular show isn’t completely known. It seems that the sisters are getting a hefty check, especially since they have returned for Season 2. This is information is according to an article by Reality Tidbit.