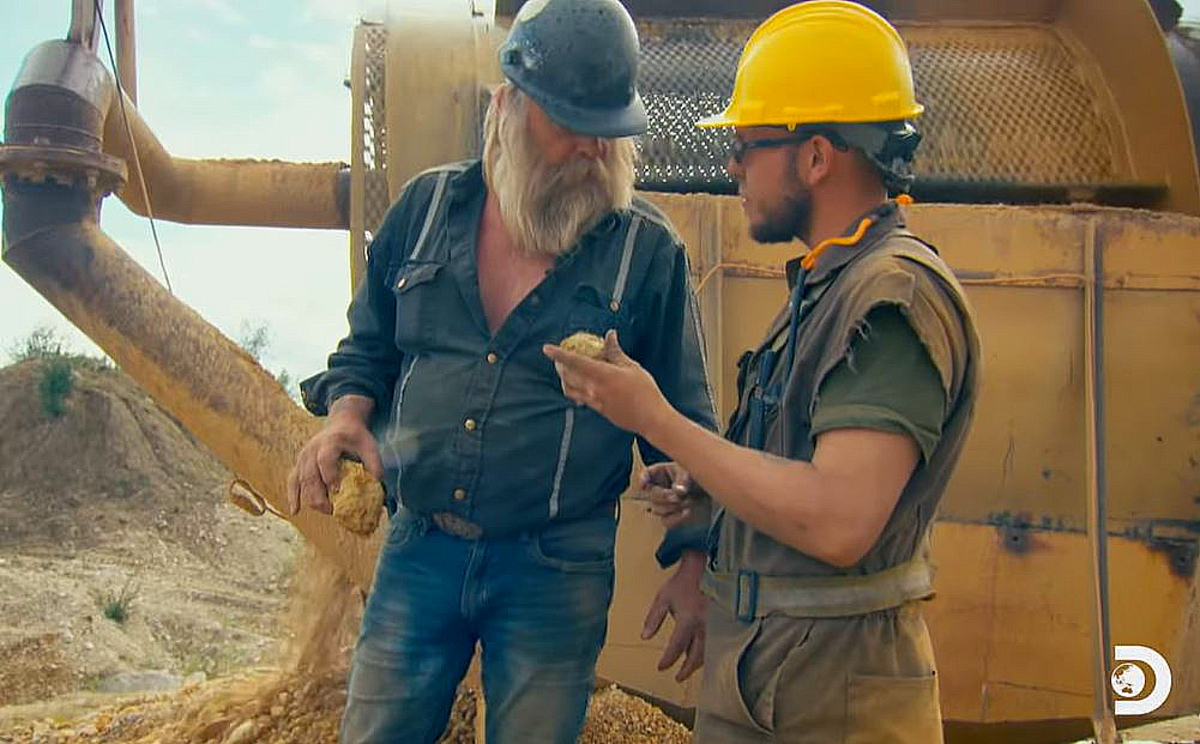 On the next Gold Rush, miner Tony Beets drives up to see that his son Kevin is letting the tailings escape the trommel in a terrible state. The rocks are not properly washed. That means fine gold is being lost in that dirt coating.

Tony drives up with one of his grandsons to see Kevin is a bit out of his depth with the trommel malfunction.

In TV Shows Ace exclusive preview below, Kevin is working when his dad drives up and calls him, asking him if he noticed that the tailings are very dirty, a sure sign something is wrong with the equipment.

Beets employs all his kids on the jobs as Monica has one plant, middle son Mike works on another and Kevin oversees the old dredge.

What happens when Tony Beets arrives

Tony calls over to Kevin and asks him if he saw the tailings. Kevin did notice they were dirty. Tony tells his grandson to hang tight as he goes out to see what is going on with the wash plant.

Exasperated, Tony says: “Give me a break. Hey Kevin, do you copy?  Have a look at them tailings lately?”

Kevin tells him he is on his way to meet him.

Tony tells Kevin that they cannot let this situation stand and notes how the water is not washing the rocks off properly.  They need to salvage the gold in the dirt.

The narrator explains the troublesome scenario: “The trommel uses water jets to blast pay dirt off rocks sending gold rich material down to the sluices. The dirty tailings indicate that the trommel isn’t washing the rocks properly and it is discarding them still covered in gold.

The filthy rocks mean expensive trouble as Tony laments—in his own colorful way— the new issue that they are facing.

The two men head down the hill to check the pump that supplies the trommel, and they see that the valve is sucking so much air that the pump can’t deliver enough water.

Where is Beets mining on Gold Rush?

It is a mining claim owned by Beets. Many believe that this claim is one of the most lucrative in the Klondike.

Mechanic and operator Kevin is the eldest of the Beets children, and he’s often part of the mix when things go wrong and need fixing up.

Kevin has been mining with his father since he was just 13 years old, and he has been running crews since he was 19. Since the end of Season 6, Kevin is  running Tony’s resurrected dredge.

Kevin is educated and has degrees in both Leadership and Computer Science. Discovery says that in his spare time he paints Warhammer figures.