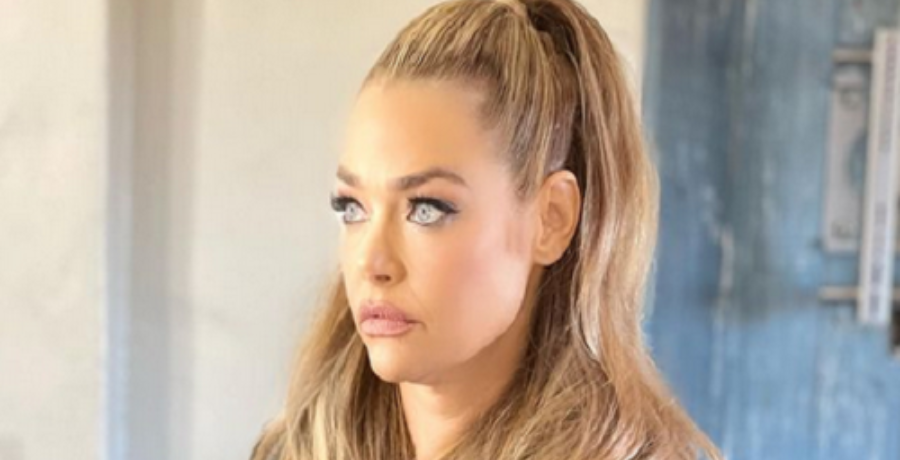 Denise Richards has a new role. The Bold and The Beautiful star will appear in the new film Love Accidentally. She has since moved on from The Real Housewives of Beverly Hills. In September 2020, Denise’s rep confirmed that the actress will no longer be a part of the Bravo franchise.

Instead of her personal life, she wants to focus on her career. Denise has talked about being tabloid fodder before. She doesn’t enjoy it because it comes with a lot of scrutiny. Even her marriage to Charlie Sheen nearly ruined her career.

But she seems to be doing well after appearing on the Bravo series. Read on to learn about Denise’s new project.

There’s nothing “accidental” about this career move. Denise Richards will star in an indie movie that hints that mistakes will be made on the quest for finding love. She stars in the film alongside Aaron O’Connell and Brenda Song. According to Soap Hub, the movie is about two arch-enemies Alex (Brenda Song) and Jason (Aaron O’Connell) who both compete for the coveted job of sales director at an advertising agency owned by Debra (Denise Richards).

They end up in a text message conversation after one of them receives the broken heart emoji. The pair continue to text each other but are unaware that they’re competing for the same position. In addition to this role, Denise also plays Shauna on The Bold and The Beautiful. Her latest projects include Among the Ashes, Glow & Darkness, Saturday Night at the Starlight, and Timecrafters: The Treasure of Pirate’s Cove.

How much does Denise Richards make?

Fans want to know how much the actress makes this year. According to Celebrity Net Worth, Denise Richards has a reported net worth of $12 million. However, it’s unclear how the former Bravo star made so much money over the years. While Denise made her start as a model, she also got her big break as an actress.

She became a household name thanks to several films and television shows in the early ’90s, including Doogie Howser, Married With Children, and Saved By The Bell. But her biggest break came from the 1997 sci-fi film Starship Troopers. Then, Denise was known for her role on Wild Things alongside Neve Campbell, Matt Dillon, and Kevin Bacon. From there, she appeared as a Bond girl in The World Is Not Enough and Drop Dead Gorgeous, according to Closer Weekly.

Her most recent work includes regular appearances on the CBS soap The Bold and The Beautiful. She also just released her own skincare line. And with over 1.3 million followers on Instagram and over 2.1 million on Twitter, she can partner with brands for even more money. Check back with TV Shows Ace for the latest news on Denise Richards.