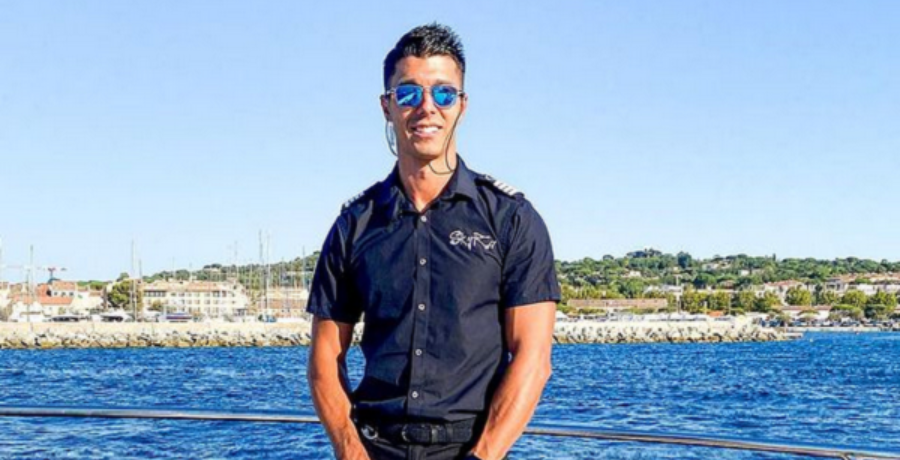 Below Deck alum Bruno Duarte revealed that he almost lost his leg on the show. The former deckhand appeared during Season 5. Bruno’s latest revelations come after he alleged that Captain Lee Rosbach forced him to drink alcohol even though he knew he doesn’t drink. He also talked about his experience with some of the cast members.

Bruno revealed a different side to the franchise. But fans aren’t happy to hear that he had such a terrible experience. It didn’t come off that way during that season. Bruno was known as a hard worker even though he was a little green. Previously, he only worked on cruise ships. But he proved himself to be a good deckhand.

However, his time on the show wasn’t kind to him.

The former Below Deck cast member made another appearance on Behind the Velvet Rope with David Yontef. During the conversation, Bruno had more to dish about his time on the series. The deckhand revealed that he ended up in an accident in which he almost lost his leg. Bruno nearly lost his life when his ankle got stuck in the propeller.

But he didn’t get any help. Instead, the Bravo cameras continued filming. Producers refused to break the fourth wall as they wanted to capture the scene. Bruno also claimed that Captain Lee didn’t care about his serious injury.

The producers eventually broke the fourth wall and asked him if he was okay. Even Lee, who usually comes across as concerned on the show, didn’t check on the crew member. This led fans to question Lee’s true intentions.

Bruno claims that he didn’t have a good experience with either Kate or Lee. According to him, both of them acted coldly towards him. It was a letdown since he looked forward to working with both of them after watching them on the show. While Bruno has made several revelations about the show, many fans do not think that anything will change.

Below Deck star kept working after the accident

Bruno’s injury happened so quickly. Thankfully, Bosun Nico Scholly acted quickly and freed Bruno’s leg. If not, the accident could have been far worse. Interestingly enough, it didn’t even end up on Below Deck.

“And the thing is, my accident was so fast and you could quickly realize, okay, he’s going to be fine,” Bruno explained. “I’m sure they didn’t help me because I was okay. I had the line, Nico helped me to remove the line from my leg.”

Then, Bruno ran to the crew mess, as the camera crew continued filming. He did recall that one of the executive producers helped him clean and disinfect the wound. Bruno’s leg hurt was in so much pain that he “almost passed out.” Meanwhile, Captain Lee and the rest of the continued working as if nothing happened.