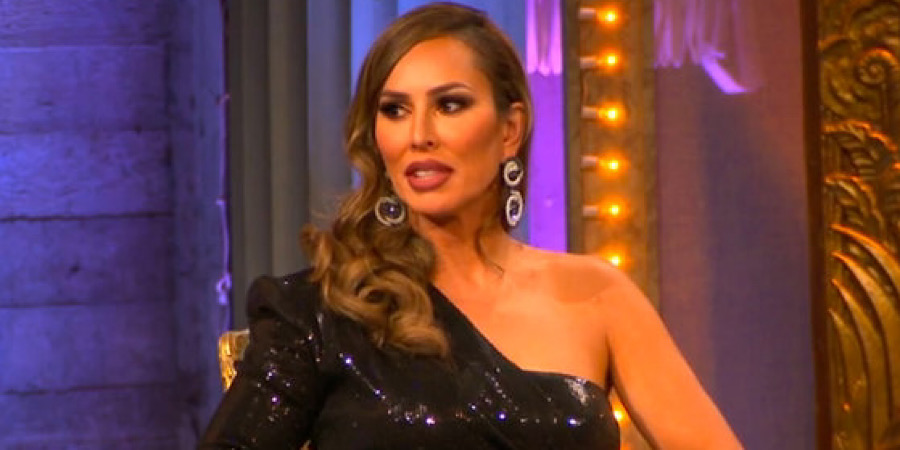 Another day, another racism claim aimed at RHOC housewife, Kelly Dodd. After claiming she’s “black” at the reunion, which will conclude this week, Dodd is catching heat for an inappropriate photo. Instead of ignoring the comments and just moving on with her life, Kelly is throwing another housewife under the bus. Oh Kelly, will you ever learn?

Kelly Dodd’s History Of Being Inappropriate

If there is one thing RHOC viewers have come to count on is Kelly’s ability to say the wrong thing. That has translated over to social media. At her bridal shower, she proudly wore a hat that said ‘Drunk Wives Matter.’ This was during the times of the Black Lives Matter movement and many considered Dodd tone-deaf to social issues. She also made insensitive comments about Covid, saying it was God’s way of thinning the herd. It was noted she still was not taking the pandemic seriously at her shower. Followers observed mask-less guests and felt she was ignoring safety guidelines and being irresponsible.

Dodd responded by saying it was “a super flu not a death sentence” and that “no one is sick.” She did post a photo where everyone was masked but no one was socially distanced. As for the hat, her response to commenters was: “my girlfriend bought it for me as a gift. it’s a play on words. Some people aren’t that smart.” She then told E!, “You know what, all lives matter.” Kelly did not seem remorseful.

During Season 15, Kelly took the opportunity to say how she really felt about her former good friend, Braunwyn Windham-Burke. She brought Brauwnyn onto the show last year and when Brauwnyn admitted she was an alcoholic at the beginning of this season, it was brave. Kelly said it was for a storyline. On WWHL with Andy Cohen, Dodd had this to say: “She wanted to get her own show, her talent agent told her to stop drinking. It’s all contrived. I don’t believe that she is a real alcoholic.” If you watched part one of the reunion, you will see that co-stars Emily Simpson and Gina Kirschenheiter have acknowledged Braunwyn is an alcoholic.

Now, Kelly is throwing another cast member and supposed friend under the bus. A photo from Emily Simpson’s recent 45th birthday emerged and it seemingly painted Kelly in a racist light. It’s a little marred but something about a white supremacist friend and an OK sign. Because of the photo, it caused Kelly to react. In a since-deleted post, she sets the record straight, saying it was not her party but Emily’s. It also was a friend of Emily’s, not Kelly’s. She also states Gina was in attendance with an African-American friend and reiterates her black heritage. If it is a non-issue, why is she making it one?

Kelly will address her racism, Covid, and more on part two of the RHOC reunion Wednesday night at 9 pm only on Bravo. Do you think they should let her go or keep her because she’s controversial? Let us know in the comments!