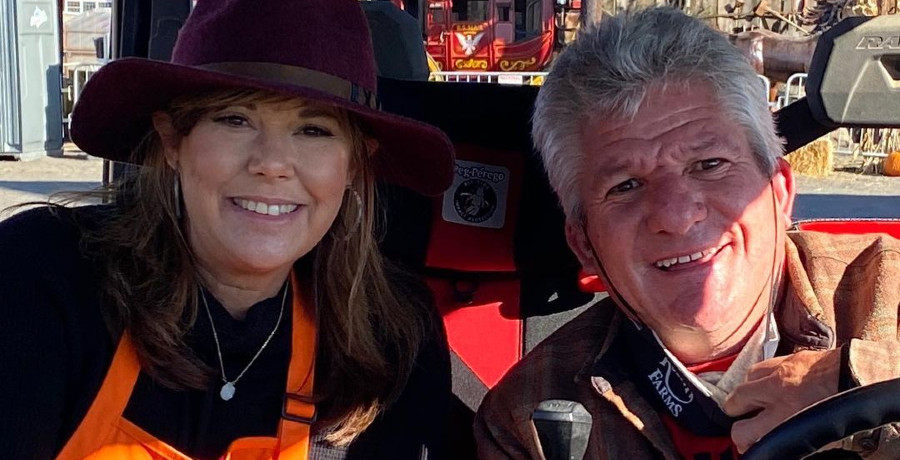 Farm owner and Little People, Big World star Matt Roloff likes his toys. As fans know, he is both handy and hands-on when it comes to chores around the farm. Over the weekend, he took to his Instagram to share his latest buy with his followers.

Matt Roloff isn’t a fancy guy. He prefers working an honest life on his farm. As he wrote on Instagram, he has “never been a guy that desires to own a Porsche, Ferrari a boat, or fancy jewelry and suits.”

Instead, he would rather have “quality tools and equipment” for his many projects. And he finally bought something that will help him complete his projects faster and easier. Matt Roloff unveiled his purchase of a “dump trailer” after “shopping far and wide” for one. The Oregon native went as far as Texas to get the big red beauty.

In his Instagram post, he shouted out the manufacturer of his custom trailer – Texas Pride Trailer. While Texas is a bit of a trek from Oregon, Matt Roloff has a home in Arizona, as well.

For those unfamiliar with the machinery, the LPBW star explains it in simple detail. He wrote, “You put stuff in it —- then dump it out.”

A simple purchase, but one that Matt Roloff enjoys.

Matt Roloff and His Toys

In fact, Matt Roloff enjoys tinkering with all kinds of equipment. Especially as gifts for his grandchildren. In the past, the grandfather built a wooden airplane for his grandson, Jackson.

More recently, he debuted a new train for Roloff Farms. As fans know, the farm hosts an annual Pumpkin Farm event that includes other attractions. One of the attractions next season will be a brand new train. And fans just might see Jackson or Ember as ‘engineers’ on the train.

One follower left a snarky reply to the Little People, Big World star’s trailer purchase. They wrote that no wonder Amy Roloff used to get mad at her husband’s spending habits. But Matt Roloff didn’t let the comment get to him. He simply told the fan they were “gullible” and left it at that.

Fans may wonder how a reality TV star can afford pricey equipment. The Sun estimates Matt Roloff’s net worth at $4.5 million dollars.

Most of the replies on Matt Roloff’s Instagram post were questions about the machinery. However, a few fans noticed something different about the Little People, Big World star’s appearance. He seems to be growing a mustache.

A few fans commented that the mustache is a “no” for them. What do you think about the TLC star’s new look? Do you think he wastes money buying expensive equipment? Let us know your thoughts in the comments down below.

According to Amy Roloff, a new season of Little People, Big World is currently filming. Follow our Facebook page for all the latest updates on all your favorite reality shows.

Tayshia Adams Shows Support For Chris Harrison
‘Vanderpump Rules’ Fans Think Stassi Schroeder Was Made To Be A Mom
Jill Duggar Opens Up About How Therapy Has Changed Her Relationships
‘DWTS’ Pro Britt Stewart Appeared In This Popular Teen Movie Franchise
‘Younger’ Season 7: Preview Video, Where You Will Be Watching The Final Season?