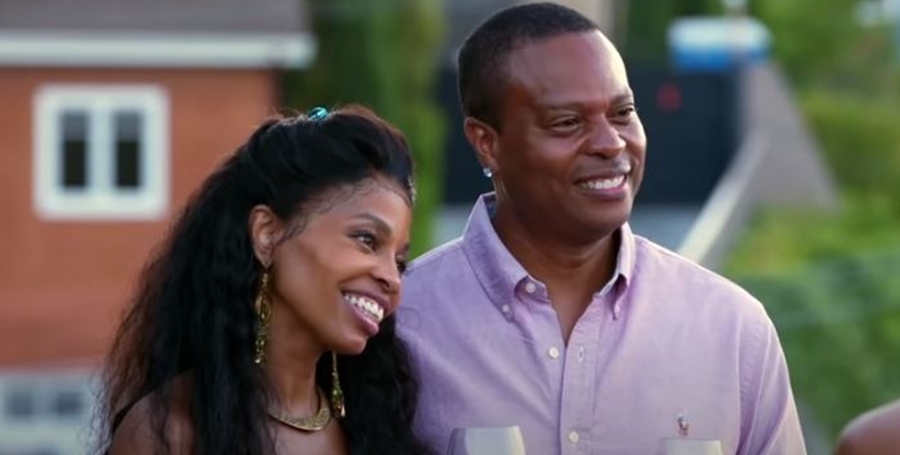 Marrying Millions returns with the second part of Season 2 on January 27. So, it’s only a few more days before Lifetime fans catch up with their favorite cast members. Like most dating shows, it brings a lot of controversies. Sometimes it comes from age differences, lifestyle differences, and even speculation on gender preferences. Let’s catch up with the cast again.

In the last season, fans saw that Rodney and Desiry caused some raised eyebrows. In fact, many people spoke out about them doing the show just for some fame. Rodney owns a wine business and lives a life of luxury. So, fans thought he might use some publicity for that. But, so many fans claimed he actually prefers other men. They even suggested that his mom knows full-well about that. The fact that for a long time, Rodney kept his relationship with Desiry secret also fed the rumor flames.

Afterbuzztv reminds fans that the last time we saw them, they talked about engagement and trust issues. Maybe he puts a ring on her find in the mid-season episodes of Marrying Millions. Meanwhile, fans totally believed that some issues crept in with Bill Hutchinson and Brianna as her mom moved in with them. The forty-year age gap between Bill and Brianna made fans think he’d relate better to her mom. And, in one episode, it seemed that she actually flirted with the multi-millionaire.

‘Marrying Millions’: Did Brianna’s Mom Get Flirty With Bill Hutchinson?

Dani and Donovan, close together in terms of their ages knew each other as friends back in school. But he’s a wealthy millionaire now. And Dani works for him. However, she feels a bit resentful as she holds a low-paid job. She likes spending money, but he watches the budget. No doubt, their prenup discussions bring drama over money in the future. It likey also involves a prenup.

Then, Marrying MIllions couple, Kevin and Kattie went through even more issues with money. They met at one of his company events where she appeared as a speaker. But he’s really tight-fisted fans think. After all, he wouldn’t even help her out with rent money. In August last year, Lifetime fans slammed him as “a cheapskate.” He’s not afraid to splash out money on fast cars for himself but comes over as miserly with Kattie.

Fans always thought Nonie and Reese seemed particularly unsuited. Based in Seattle, she’s the CEO of BeautyGARDE. Meanwhile, Reese seems like a young nobody with zero prospects. In fact, he sometimes does some part-time work, but mostly hangs in a skate house. Well, his family seemed very much against the idea of him moving in with Nonie last season. So, as he now took up residence, expect more drama there.

The last two Married Millions couples include Gentille and Brian. Gentille seemed the most controversial cast member. In fact, she dumped him at the altar. Secrets, lies, and rather a dodgy personality emerged when it came to Brian. It’s not known if they make their relationship last much longer.

Finally, Rick and Erica return. She’s a social influencer and he contacted her via her DMs. The biggest issue seems to be that her dad is actually younger than Rick. While they consider an engagement, the family still seems dead-set against it.

Amy Roloff & Chris Marek Accused Of Weight Gain Prior To Wedding
‘RHOBH’: Dorit Kemsley Suffering Money Troubles Owes IRS $1.3 Million
Whitney Way Thore Tired, Exhausted, & Annoyed By It All
‘You, Me, And My Ex’ Alex Hines STILL Defending Relationship With Caroline
Javi Marroquin Calls Cops On Lauren Comeau For Abuse, Guess Who Has His Back On This?