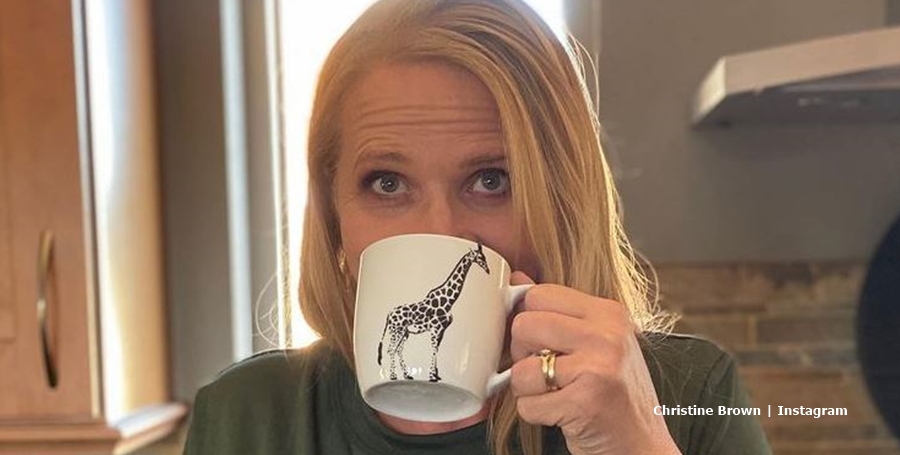 Christine Brown shared that she feels happy she can stay home and snug after a heavy snowfall came to Flagstaff. Actually, it looks quite impressive, and several fans commented that there’s more snow in the Arizona town than in Ontario, Canada. Perhaps Kody’s third wife finally gets over the novelty of it in 2021.

In December 2018, Christine seemed utterly delighted with the snow in Flagstaff. In fact, we reported that she rushed out and purchased a snowblower. She loved the novel fun of cleaning up the snow. At the time, she “bundled up against the cold” and thoroughly enjoyed her chilly chore. On her Instagram, she said, “snow blowing, my new favorite thing to do.” Well, people who live in snowy places told her the fun would soon wear off.

Now The Sister Wives star seems less enthusiastic about rushing outside. On January 25, she shared a photo that showed thick snow piled up. In her caption, Christine Brown wrote, “I’m so grateful I don’t need to drive in this today!!” And she used the hashtag #stayinside. While the view from her home looks very pretty, it really looks chilly out there. And likely, there’s even more snow around next time she looks outside.

8 News Now reported that “a major winter storm buried northern Arizona in snow on Monday.” In fact, some flurries even reached Las Vegas from the storm system. If you measure the snowfall as water, it amounts to more than “last summer’s monsoon season.” The outlet noted that more snow would fall overnight. And reach low-lying areas as well. But, a cold blast of weather’s expected to follow after that.

In the comments section, some people thought that Christine seems rather lucky that she can stay home all snug and warm. Meanwhile, someone trying to get home to Flagstaff said they experience delays because of bad weather. So they asked Christine Brown to enjoy the scenery for her. One Sister Wives fan noted, “Having family home & safe .. best way to enjoy the snow❤️.”

Fans of the TLC show come from all over the world. And one surprised fan wrote, “Oh, looks the same here in Finland 😂.” Notably, Finland experiences up to seven months of winter a year. And it’s way up in the north of Europe. So, Finland.fi notes, “regardless of location [in the country], it’s cold, dark and snowy.” But the locals don’t let it get to them. In fact, they get out to enjoy their chilly, thick blankets of snow.

Coffee, saunas, sledding, skiing, and skating bring winter activities that everyone enjoys. Actually, videos of Christine Brown playing around on a sled might go down very well with TLC fans. But more than likely, she sits indoors, warm, snug, and gazes out the window at the snow in Flagstaff.