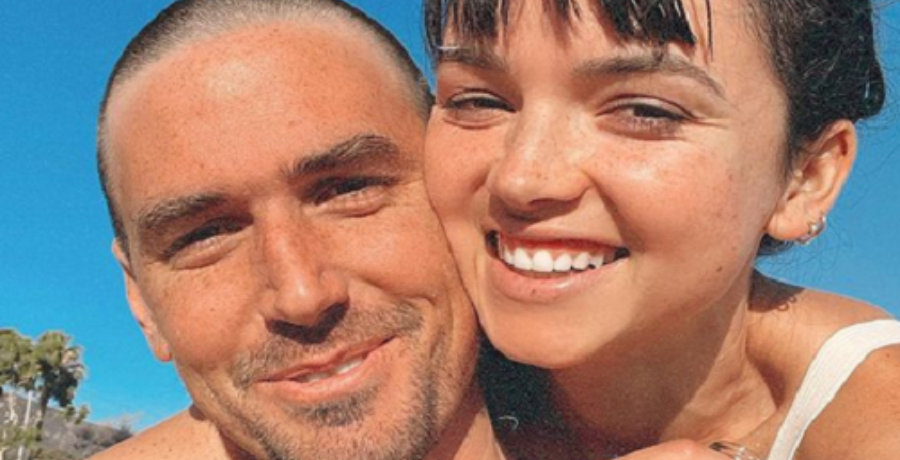 Bekah Martinez is opening up about her relationship with Grayston Leonard. She admitted that they had “talked” about an “open relationship.” She confessed Dear Media’s Not Skinny But Not Fat podcast. During the interview, the former Bachelor shared the details of their relationship.

These days, the couple is monogamous. However, they discussed the idea of seeing other people. Grayston and Bekah have explored the idea of redefining their relationship. They’re not interested in going down the traditional route that most couples do.

The 25-year-old spoke out about their relationship. They both want to live their lives in a modern way.

“We’ve talked before about, like, I want to get married, but like, ‘I don’t know if I want to have sex with you for the rest of my life,'” Bekah Martinez admitted, as per People. “And so we’ve talked about that maybe one day we’d have an open relationship.”

She said that her boyfriend was “possibly open” to the idea. Bekah made it clear that he doesn’t have a jealous streak. No matter what happens, the couple will remain committed to one another.

The pair shares two children, daughter Ruth Ray De La Luz, 2, and son Franklin James, 7 months. This comes after Bekah shared the intimate aspects of their relationship last year. The couple conceived their daughter three months into their relationship. She also admitted that they didn’t make and broke up “a million times.”

Her pregnancy wasn’t easy. At first, Bekah initially wanted to terminate the pregnancy. But she’s glad that she stuck with it, despite the ups and downs. She also got real about their relationship and said she needed “a break” from expanding their family. The couple previously discussed the possibility of marriage but they put those plans on hold.

Bekah Martinez is open to having more children

The Bachelor Nation alum talked about the possibility of having more children. Bekah Martinez and Grayston Leonard are “so open” to the idea of welcoming more little ones into their family.

“I love children. I love having a full house,” Bekah previously told Us Weekly. “I’m one of five kids, and I just love that. My body needs a break, and we’ve been talking about exploring the option of fostering so that we can be a home for other children, even if it’s just temporarily.”

As for getting pregnant again, Bekah is waiting a little longer. The Chatty Broads podcast co-host admitted that life would be crazy if that were to happen right now.

“This was me nursing Ruth earlier,” she captioned the photo via her Instagram Story, per Us Weekly. “Made me want to wait a little longer for #3. Also, what the heck are these bangs doing.”

Bekah has received criticism for everything from her decision to continue breastfeeding her oldest child to sharing photos of her body hair on social media. But she continues to clap back at the haters online. She loves to post empowering messages on her Instagram page. Check back with TV Shows Ace for the latest news on Bekah Martinez.