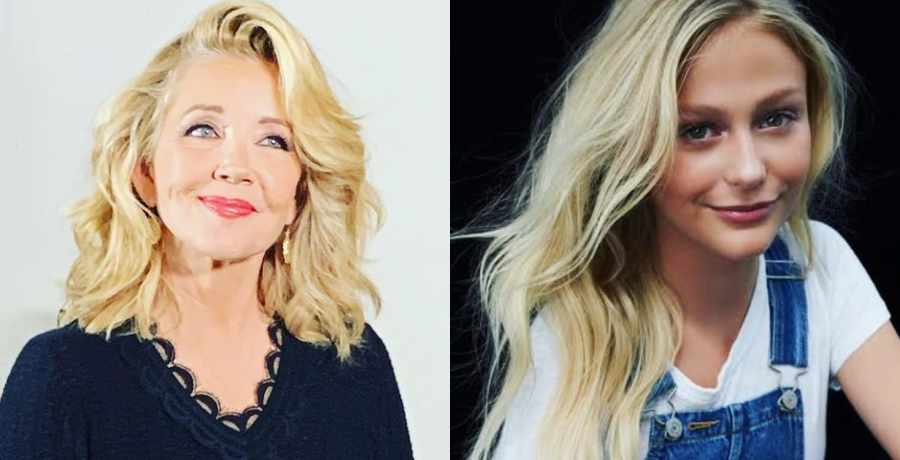 As The Young and the Restless fans know, Sharon Rosales (Sharon Case) recently opened up to Nikki (Melody Thomas Scott) about Faith Newman’s (Alyvia Alyn Lind) drinking problems. Spoilers say Nikki is upset that Nick hadn’t already shared the news. Meanwhile, Sharon assured her that Nick will be giving her updates. However, that might not be enough for Nikki this coming Tuesday. In fact, she could take the opportunity of lashing out at Nick for leaving her out of the loop. What else is happening on Y&R this week?

Newman spoilers for The Young and the Restless

Eventually, Nikki and Nick will agree that they need to get Faith back on track before she gets over her head in alcohol. According to sources, Faith is upset with Sharon for bringing Nikki into the problem. This means she won’t be receptive to spending time with grandma this week.

Brace yourself for the latest drama in Genoa City! #YR is new weekdays on @CBS and @CBSAllAccess. 👏 pic.twitter.com/72Btgnb7IC

On Faith’s part, this is just one more overbearing adult interfering in her life. She doesn’t believe her drinking and partying are a problem, so she is not looking forward to Nikki’s lectures. She knows too well this will include Nikki’s own testimony about the terrors of alcoholism.

According to The Young and the Restless spoilers, Nick will get together with Nikki to decide how to handle the situation. They want to find the best strategy to get through to Faith without driving her away. When it comes to teenagers, there is no easy answer, so they will have to try their best.

Nikki isn’t happy about Faith having a relationship with Jordan (Madison Thompson). She believes he is a bad influence. However, Sharon doesn’t want to break up the friendship. She knows Faith had to give up all her friends from boarding school when she returned to Genoa City. Sharon would hate to get in the way of Jordan and Faith’s friendship if it is authentic.

Meanwhile, Nikki is more concerned over Faith’s safety than her friends. However, Nick might side with Nikki on this as Phyllis Summers (Michelle Stafford) had warned him Jordan was trouble. It is possible Nick might offer to keep a close eye on Jordan and ban Faith from seeing her if necessary.

On Monday, Victoria Newman (Amelia Heinle) worries after overhearing Katie Abbott (Sienna Mercuri) and Lily Winters (Christel Khalil) in the background of a call from Billy Abbott (Jason Thompson). She might feel she needs to mark her mom territory on Tuesday’s episode.

Other spoilers for this week reveal a promise made by Devon Hamilton (Bryton James) to Amanda Sinclair (Mishael Morgan). As Devon had suggested to Amanda that they have an official date, he might point out there is no pressure here.

Basically, he might promise to take things slowly to see if their spark develops naturally before taking things more seriously. Devon knows how deeply hurt Amanda was by abusive and possessive Ripley Turner (Christian Keyes). For this reason, he could promise Amanda that she will be in charge when it comes to their relationship. After everything she has been through, Devon knows he has to tread carefully.

Despite this, it looks like things are going to heat up between Devon and Elena Dawson (Brytni Sarpy) later this week. Spoilers promise some steamy scenes during an ice storm that could leave Devon’s heart even more torn.

More spoilers for this week on The Young and the Restless

Victoria’s (Amelia Heinle) unresolved feelings for Billy Abbott (Jason Thompson.) come to a head as they experience a déjà vu moment. As for Lily Winters (Christel Khalil), she can’t wipe out Billy’s past with Victoria and is concerned they might reunite. In the meanwhile, Victoria gets an ultimatum from Victor (Eric Braeden).

Also, Gloria (Judith Chapman) turns on the charm to try and get a second chance with Lauren (Tracey E. Bregman). Meanwhile, Sharon continues to be drawn to Adam and Rey (Jordi Vilasuso) wants her to cut ties with him.

Keep up with The Young and the Restless on CBS weekdays.