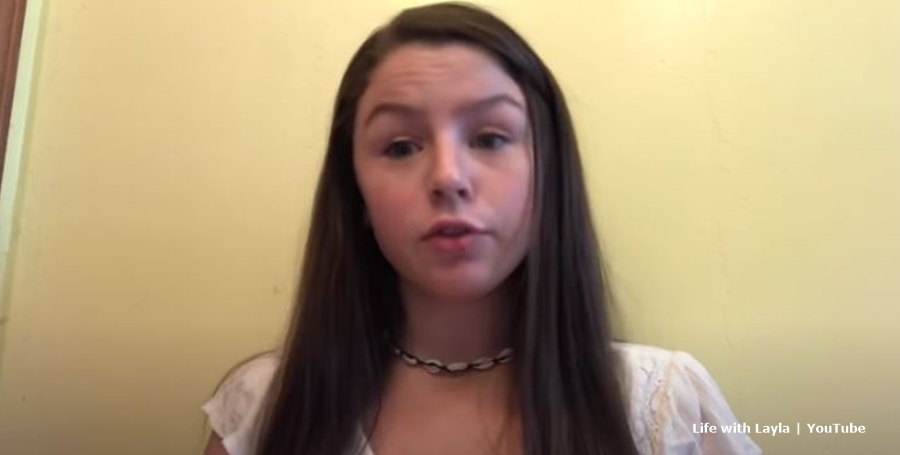 Unexpected star Tyra Boisseau went home from college and caught up with her daughter, but she literally ghosted baby daddy Alex. While she studies at college, he looks after their daughter Layla. But fans saw on the TLC show, that she barely talked to Alex. And she avoided a date out with him. Clearly, she holds no place in her life for Alex other than as a baby-sitter. So, fans reacted quite angrily.

Unexpected – Tyra annoys fans with her attitude towards Alex

We reported in January last year, that Tyra admitted that Alex is “the best dada” to Layla. But clearly, that’s all he is in her life. When she and Alex broke up, it all seemed very vague. In fact, she only mentioned trust issues or something. It’s not clear that Alex ever cheated on her. But, she seemed unsure about going to college and those issues. Maybe she worried he might have some trust issues.

Unexpected fans know that Tyra went home from college determined to spend some quality time with her child. Meaww noted that Alex really stepped up for his daughter. Free to go to college without worry, fans expected she might at least spend some appreciation time with Alex. But fans saw that she barely even spoke to him. In his confessional, he felt that even a small bit of interest like “Hey, What’s up?” might be nice.

When Alex planned for his grandma to babysit Layla, so he and Tyra could enjoy some time together, she refused. In fact, she let him know other than being a baby daddy she felt no interest in him. In fact, she suggested he should “step up” for his child. And more than that, she claims she worries Alex might not do a good enough job. Well, gobsmacked fans slammed her on Twitter.

One Unexpected critic noted, “I literally have never come across anyone as DUMB as Tyra… my mouth is on the floor!”

Another one commented, “Alex is such a sweetheart. Layla is lucky to have him as a father and Tyra needs to see what she has.”

Then this comment came in: “Its been a MONTH since Tyra has seen Alex? Is that how long its been since shes seen her daughter too? Isn’t she only 2 hours away?”

And other fans think she’s terribly jealous as she complained that on Facetime, the baby hardly pays her any attention.

Tyra shouldn’t take her daughter not paying attention to her on FaceTime to heart because literally all babies to do that #unexpected pic.twitter.com/vtId0RluOR

While Tyra attends college for a better future for Laya, some Unexpected fans feel she doesn’t appreciate the efforts that her baby daddy Alex makes. The least she could do is stop griping and at least try being a bit nice to him. Do you agree? Sound off in the comments below.

Make sure you don’t miss new episodes of Unexpected on TLC on Sunday nights.