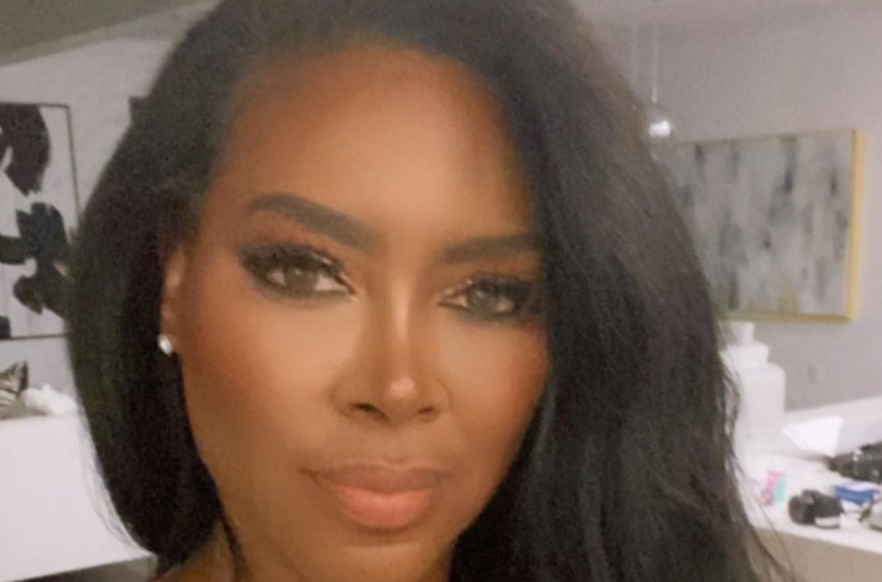 Real Housewives of Atlanta star, Kenya Moore is no stranger to controversy regarding her marriage. Her husband, Marc Daly, releases a statement on Saturday to announce he and Kenya are pushing ahead with their divorce. This comes after counseling efforts between the pair had failed.

Kenya and Marc got married at St. Lucia in June 2017 and have a two-year-old, Brooklyn Daly. They have split up the second time after only two years of marriage. The first time, the 50-year old restauranter admits he could not be married to her anymore.

Divorce rumors start going around in late 2020. In an interview with Entertainment Tonight last year, Moore let fans know how they were doing. “I don’t know where my heart is right now, but for me, that’s to look inside myself and see do I owe this man another chance? So we’ll see.”

The reality diva is currently celebrating her birthday with Brooklyn by the beach. She posted a video of them on her Instagram seeming very unbothered by the news. One fan took to Twitter, “One thing about Kenya Moore, she’s a smart lady. The divorce announcement came right before tonight’s episode. She knew what she was doing” Kenya has been posting several posts on the episode ‘Kenya Moore’s Legend Ball’

On January 23, Marc Daly sent in an exclusive statement to The Root about his divorce from Kenya Moore. He says “I will always have great care for her and look forward to amicably continuing to co-parent our daughter Brooklyn with an abundance of love and wisdom.

He continues: “As always, in addition to perpetual self-improvement, my primary focus will continue to be helping the underserved and people of colour in Brooklyn to recover from the negative impact of the COVID – 19 pandemic. This focus will take shape through using my restaurant as a “Community Hub” where positive and diverse perspectives on important topics such as economic empowerment, social activism and political engagement can be highlighted in a safe and productive forum.”

He finishes off the statement by saying he was glad to be a positive change agent for his family and community.  On both occasions when the couple split, Marc Daly announces their divorce first.  This is despite him not wanting the fame of being a RHOA star.

Fans thought Marc planned the timing to hurt Kenya before her 50th birthday. Most viewers seem to be on Kenya’s side. Some commented under @realhousewivesofatlantatea post on the news. “He never appeared to be into her. He was always so mean and rude to her on camera. I can only imagine how he treated her when the cameras weren’t rolling.” Another writes,” Yep, I caught that and the fact that he promoted his business in the same statement about his divorce.”