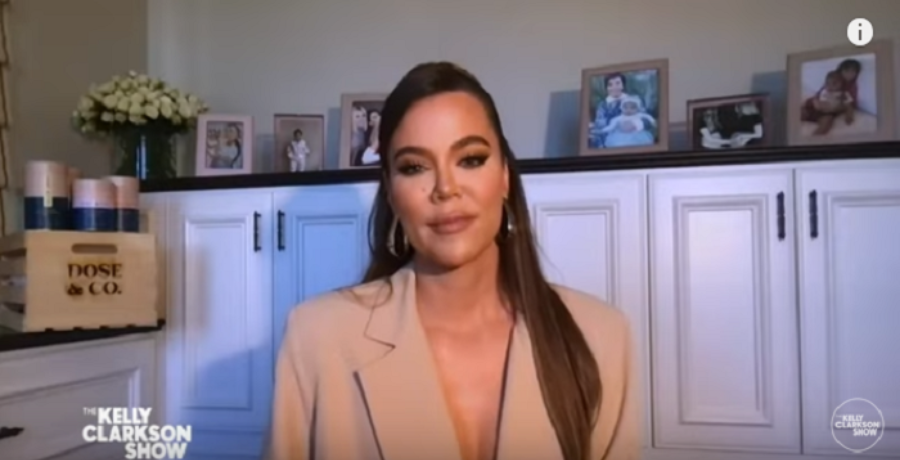 During the Monday, January 25 episode of The Kelly Clarkson Show, the Revenge Body star talked about the lessons she’s learned in motherhood. Following the birth of her daughter, True Thompson, 2, she learned how to set boundaries. Admittedly, the reality star never thought about it before. But Khloe Kardashian stresses its importance.

“I learned over time that you have to create your own boundaries, people aren’t just going to give them to you,” Khloe said.

“I need a whole show about boundaries, y’all,” Kelly chimed in and joked. “It ain’t my forte.”

“You have to learn not to feel so guilty demanding them because it’s sad that you have to say a demand, but it turns out to be everybody wants a piece of you,” Khloe explained. “But I think the most important person that deserves a piece of you would be your babies. And you have to give them that and I think it’s OK to demand that. And I think anybody will understand when it comes to your children.”

Khloe and her boyfriend True Thompson share their 2-year-old daughter True. She found that it’s easier to set those boundaries now that she’s a parent. Before, she felt like she “didn’t have a real reason.” But nowadays, she focuses on self-care because it’s “valid enough for a boundary.”

The Good American founder also shared how she engages with her 128 million followers. Khloe Kardashian gets a lot of hate online from what she’s wearing to what she’s doing. But instead of clapping back, she would rather teach people how she wants to be treated.

“I love to engage with them. I like to comment back on replies,” Khloe said. “I like to teach people how to treat me. So I try not to comment to trolls or buttheads half the time. But sometimes I’m in a mood where I feel a little sassy and I have to do a little bloop here or there.”

The Good American founder wants to invite “nice, complimentary energy” into her life. She doesn’t just want to respond to the rude comments because she’ll invite that energy into her life. Khloe doesn’t understand why so many people follow her. Nor, does she always remember that hundreds of millions are looking at her posts. Sometimes she just posts whatever she wants.

Khloe Kardashian keeps it real, no matter if she has 28 million or 128 million followers.