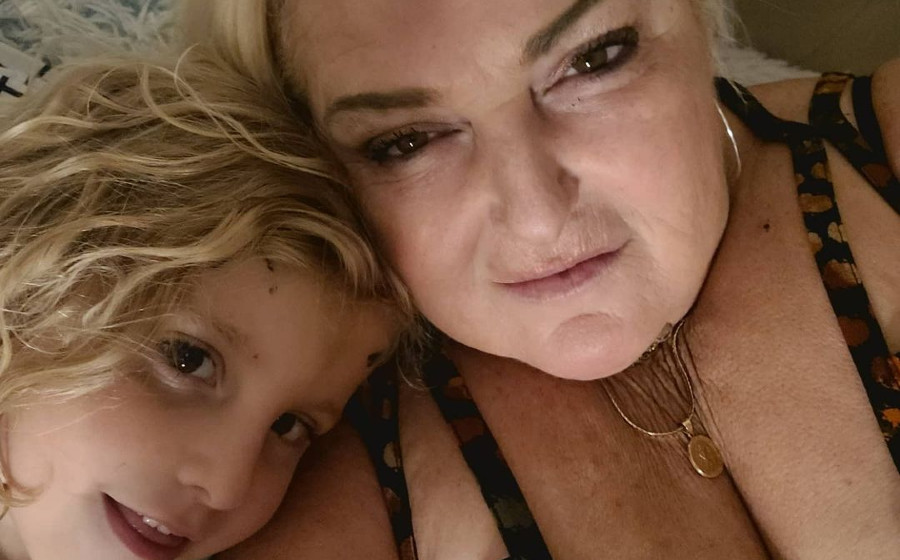 90 Day Fiance star Angela Deem gained a huge following from her time on the TLC show. Then even more fans flocked to her Instagram after she showed off her slimmer figure. But what fans really enjoy is seeing Angela Deem in the role of grandmother — or “meemaw,” as she calls it.

Her 500k followers were in for a treat over the weekend. She shared a video of her granddaughter Ana rockin’ out. Fans couldn’t get over how much the little girl looks like a mini-Angela.

How Many Grandchildren Does Angela Deem Have?

When fans met Angela Deem, she was navigating her blossoming relationship with Michael Ilesanmi. TLC watched as the couple tried to get a visa that would allow Ilesanmi into the U.S. At one point, the 54-year-old explored the possibility of having children with her then-fiance, Screen Rant recounts. It turned out that having children wasn’t in the cards for her, but the two married anyway.

Angela Deem does have two children from before her 90 Day Fiance relationship. In total, she has six grandchildren. Fans agree that Angela Deem is a great meemaw to her brood.

6-Year-Old Ana Rocks Out on a Hoverboard

One of Angela Deem’s grandchildren is six-year-old Ana. Angela Deem posted on Instagram about Ana having a birthday party a little over two months ago. But pictures don’t always show personality.

Angela Deem’s followers got an eyeful of the spunky little girl. The Georgia native shared a TikTok video of Ana scootin’ around on a hoverboard while showing off her dance moves. The little spitfire even managed a few twirls on the self-balancing scooter.

The video had “meemaw’s lil star ana” splashed across it. In the upper corner was a “good job” sticker.

Many fans in the comments remarked on the uncanny resemblance between Angela Deem and her granddaughter. Especially when it comes to sass.

Due to the coronavirus pandemic and travel restrictions, Michael Ilesanmi has yet to join his wife in the States. However, fans can relive their relationship on the discovery+ spin-off, 90 Day Fiance Bares All.

The streaming service also announced an upcoming spin-off featuring other alums, 90 Day Fiance: The Single Life. While Angela Deem won’t appear on that, fan favorites (to troll) Colt Johnson and “Big Ed” Brown are among the cast looking for love.

Did you enjoy the video of Angela Deem’s granddaughter on the hoverboard? Do you think Michael Ilesanmi will ever gain entry into the United States? Let us know your thoughts in the comments below. Follow our Facebook page for all the latest 90 Day Fiance news.

Is ‘Below Deck Med’ Courtney Veale Afraid Of Hannah Ferrier?!
‘Dexter’ Revival: Release Date, Cast, What We Know So Far
WOAH!! Lindsie Chrisley Stepping Into Savannah’s Territory?
Molly? Tori? Who The Heck Is Pushing Lilah Roloff At The Zoo?!
Wait, Anna Duggar NOT Jim Bob Forced Josh On The Rebers?!