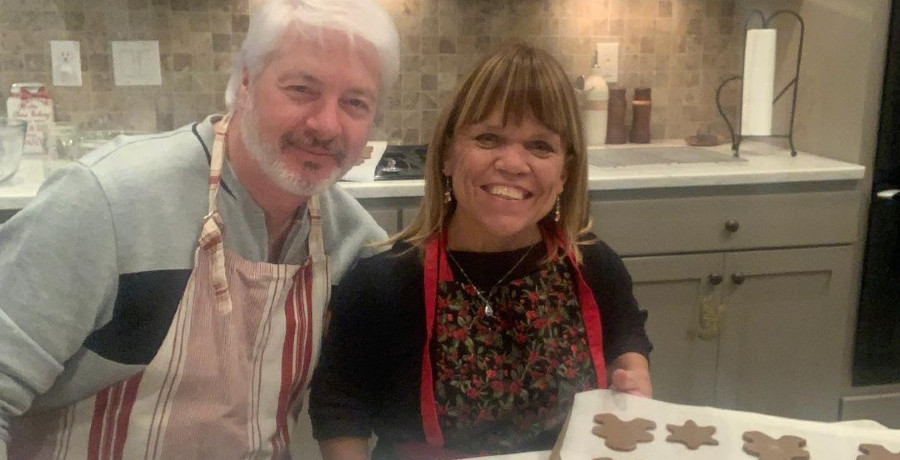 Amy Roloff is not letting the pandemic stand in the way of her wedding. She already had to postpone her nuptials to fiance Chris Marek once. But now she is gearing up for a wedding sometime this year.

Like most brides, Amy Roloff is trying to get in shape for her big day.

Amy Roloff and Chris Marek have been engaged for over a year. He popped the question in September of 2019. However, Amy Roloff had a few loose ends to tie up before remarrying.

Namely, moving her stuff out of the farm she once shared with ex-husband, Matt Roloff. The Little People, Big World couple split in 2015, but it wasn’t until 2019 that Amy Roloff sold her share of the property. And then it took her even longer to pack up her things.

TLC viewers saw her dragging her feet during Season 21 of the popular show.

It seems that Amy Roloff is now ready to truly move on with her life. In December, she posted a photo on her Instagram of her standing outside a wedding dress shop. Obviously, fans will have to wait until the big day to see which dress she chose.

Despite her small size, Amy Roloff has a big personality. She also likes to bake treats. With her wedding coming up, it’s no surprise that she is thinking of fitting into a wedding dress. As part of her New Year’s resolution, Amy Roloff started hitting the gym.

She has also been taking her pup, Felix, for walks.

Earlier this week, she shared a photo from one of their walks on her Instagram feed. In the caption, she notes that she greatly prefers walking outdoors than on a treadmill. In fact, she enjoys the outdoors so much, she walked five miles with Felix. She also revealed that her fiance wasn’t feeling good, so he stayed home.

What Do We Know About Little People, Big World Season 22?

Amy Roloff takes a lot of walks these days. In an earlier post about one of her walks, she let her fans know that filming for Season 22 of Little People, Big World has resumed. And yes, Chris Marek is filming with her.

It’s likely that the couple will allow cameras to film their wedding, but Amy Roloff has yet to confirm that. Her son, Zach Roloff, told Us Weekly in October that they are eyeing a summer 2021 wedding.

Little People, Big World could potentially see TWO weddings in the new season. There are rumors that Matt Roloff will propose to his long-time girlfriend, Caryn Chandler.

TLC has yet to announce when the Season 22 of Little People, Big World will premiere, but likely in late 2021. The network has several other shows premiering next month, including a new season of Sister Wives on Sunday, February 14. Additionally, Outdaughtered will return on February 23, 2021.