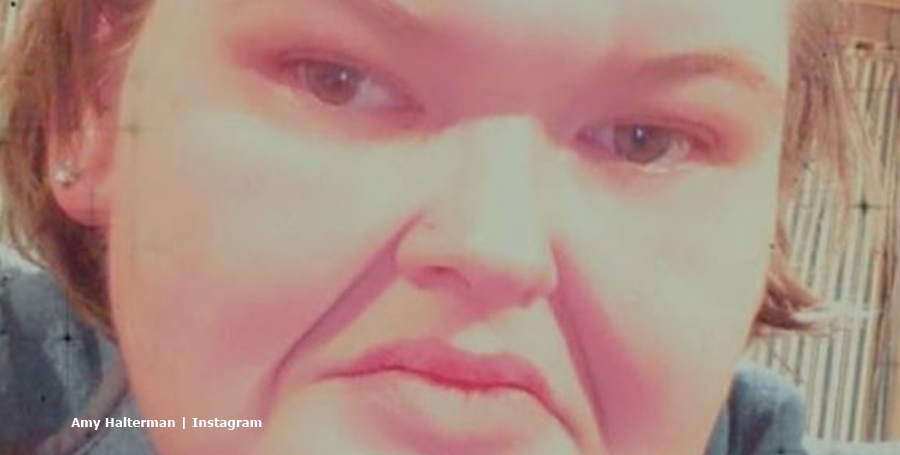 Amy Halterman took to her Instagram over the weekend and told fans she dyed her hair teal. Fans love the stunning bright color. But some of them who don’t follow spoilers think it means she already had her baby. So some of them asked her about using bleach products when pregnant. But others just told her how she looks stunning with that bright color.

Amy shared several photos of her new color. In her caption, she wrote, “Did someone say teal??? I feel more like myself. Aww I’m back.” TLC fas who follow the 1000-LB Sisters star commented on it. One of them wrote, “Hubby be hitting it tonight!”

And another person noted, “Welcome back Teal Amy!! 🤗💕 Hope you’re all well girl 😘.”

Plenty of fans think she looks amazing and some people recalled she used that teal color in the past. But Amy can’t recall if it’s the exact same shade.  And lots of compliments went the way of Amy Halterman. One of them said: “Queen!! IT LOOKS SO GOODD.”

But in that post, and a single picture that she shared later, a lot of people asked her about pregnancy and hair dye.

One 1000-LB Sisters fan wrote, “I think it’s safe to say that you had the baby if your using bleach and dye, right?” And another person asked, “can [you] dye hair while pregnant?”

Well, chances seem very high that Amy already gave birth to her baby. We reported that some time back, Tammy said on Twitter that she wished she could tell fans “what she had.” And, she felt frustrated because they can’t even share photos because of their NDA.

Plus, fans might recall that in the show, Amy said she fell pregnant four months after her gastric surgery. So, possibly she gave birth to her baby back in November. Bear in mind, she also requested a lot of baby items on Amazon. So obviously, the child arrived in good health. And that came weeks ago when she added her baby registration to the website.

Fans of TLC know very well that the cast can’t share photos of a baby until the end of the season. Or until the episode where they birth the baby actually aired. And yet 1000-LB Sisters fans still flood her posts with requests for her to tell them the gender and to share photos.

For now, they need patience. No way Amy Halterman drops a spoiler like that right now. After all, that might even mean she loses any income from the show. For now, maybe fans should feel satisfied that she shares the little things like the fact that she dyed her hair bright steely-teal.