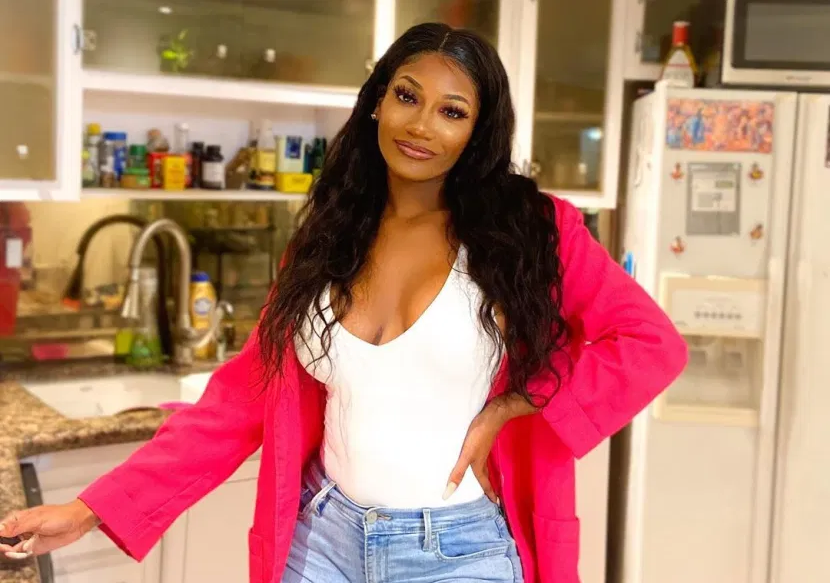 It seems 90 Day Fiance star Brittany will be back on our TV screens. Brittany first appeared on the reality show with now ex-boyfriend, Yazan Abu Horira after meeting online. Fans have speculated that the two were no longer together given their heated online arguments. 90 Day: The Single Life has just been announced.

Brittany took to her Instagram to post a clip from TLC’s new show called The Single Life. The short clip featured other famous stars from the franchise. Most notable were Big Ed and Colt Johnson. One thing they all had in common is their unsuccessful search for love on 90 Day Fiance.

The show is going to be airing exclusively on discovery+. TLC has been pushing this platform to their fans, and maybe this show will get a lot of viewers to subscribe. One fan said under Banks’ post. “Nah.😩😩😩 they won me over about to order discovery + now. ” Howe Shaun Robinson is yet to confirm a premiere date for the new show. This spin-off comes after two other shows TLC announced this year, 90 Day Bares All and 90 Day Journey.

The Houston native captioned the post to her 467,000 IG followers, “Just when you thought you saw the last of me. I came back to annoy you some more 🤣 You guys will see me doing a lot of fun stuff and dating! Hopefully, I choose the right guy this time.” Brittany communicates with most of her fans through her page.

Many of the show viewers were excited about being able to see more of Brittany. “I’m so excited for this mess. Y’all have no idea” Another wrote, “This looks like it has the potential to be a mess lmaoo I love it. Ed, molly, Mohammad.” It seems the rating for The Single Life will be through the roof. “Just saw the commercial for 90 Day The Single Life and it looks sooo good. Damn you TLC…now I gotta subscribe too.”

In the trailer for the new show, Brittany said,” My ex was just a liar from the start, now I am single, and I want someone who stands on his own two feet so that I can give him all the woman he needs.” She also thanked her loyal fans for all their love and support.

Yazan had responded to rumors about him being married when he admitted to having a girlfriend named Lulu. According to Screen Rant, before the Season 2 finale episode aired, Yazan had gone live with a female translator to help him understand the fan’s comments. He moved on since he even tagged Lulu in several photos on his IG. Brittany is yet to respond to Yazan’s actions as she takes on new adventures in the dating scene.

Derek Hough Reflects On His Long History With ‘Dancing With The Stars’
‘B&B’ Spoilers: Donna Wants Eric – New Forrester Power Couple?
Chrishell Stause Vacations In Paradise With Her New Man — Who Is It?
‘B&B’ Spoilers: Kimberlin Brown Breaks Silence About Finn Storyline Is Sheila Back?
Isabel Roloff Gets Real With Fans, Opens Up About Forgiveness