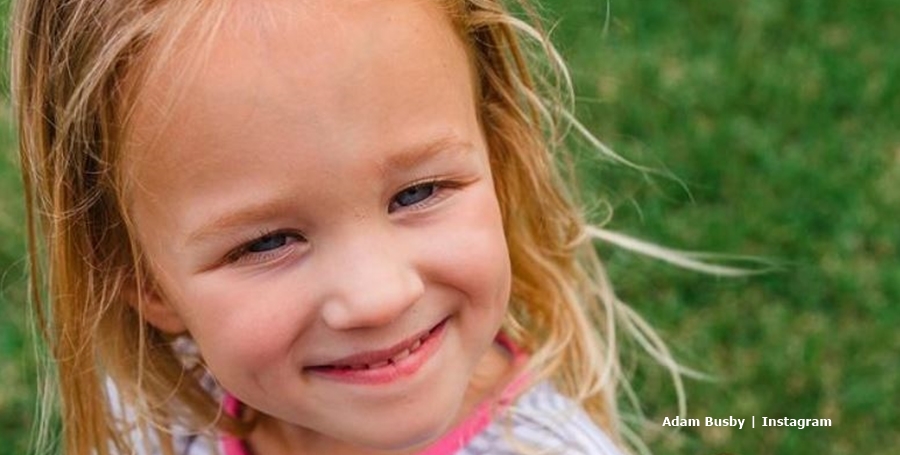 Riley Busby recently ended up at the ER after she banged her head. Obviously, that incident prompted her as she played about dealing with Ava’s unicorn’s medical problem. The ER visit came when the OutDaughtered quints danced around in the bathroom. Poor Riley slipped on the wet floor and fell. After she banged her head, Adam rushed her to the hospital. But he brought some updates and she now lives without that staple in her head.

Riley Busby carries out a medical procedure on Ava’s Unicorn

OutDaugtered fans know that Ava adores her unicorn. And it seems the poor little stuffed toy also hurt himself. But drawing on her own experience at the ER, little Riley dealt with it. Adam Bubsy told fans last week, that he took Riley along for the removal of her staple. When she fell, it left a nasty gash on her head. So, doctors closed it up with a staple. But the tears came when they removed it. In fact, Adam said he also shed a few tears. But Riley bounced back pretty quickly.

Naturally, the other Outdaughtered quints remained at home when the staple came out. Possibly, Riley Busby decided that Ava needed a demonstration. Or, like all kids, with their vivid imagination, she just enjoyed playing with the unicorn. Danielle Busby took to her Instagram on January 22 and shared a cute scene. Riley sat with Ava on the carpet. They both held onto the unicorn. Professional, Riley worse gloves and wielding a pair of red play scissors.

In her caption, Daneille said, “Listening to Riley and Ava play Vet. 💕Riley is the veterinarian and…asking Ava what happened to her unicorn because Riley is taking her ‘staple out.” Of course, fans thought it absolutely cute and adorable. One OutDaughtered fan commented, “Priceless!! 😀🙏 sweet little angels!!!” And another one noted, “As a vet tech and a girl mom, I love this!! 😍.”

Well, fans who love Riley Busby and her sisters Blayke, Ava, Lulu, Hazel, and Parker are in for a treat. The premiere date for the eighth season on TLC finally dropped. The Futon Critic reported that it comes along on “Tuesday, February 23rd…at 8 p.m. ET/PT.” Not much info came out about what fans should expect. And it’s not known how many episodes arrive either. But we noted that fans really hope for more episodes than Season 7. After all, that was cut short by the coronavirus.

What we do know is that OutDaughtered fans see the quints learning ballet. Notably, Riley Busby didn’t feature in the photo that Danielle shared. So fans think she’s the one quint who didn’t take to it. Probably, after her fall and subsequent staple experience she put that in the “too-hard” basket.