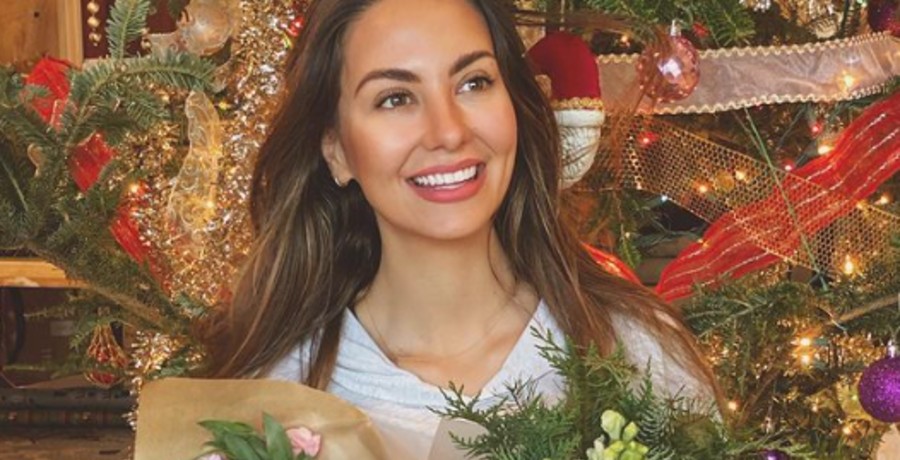 Kelley Flanagan is now single. Having split from Peter Weber, the lawyer is now ready to move forward from her younger man. Flanagan said she was content with her life right now on an Instagram game of truth or dare. Showing she’s “livin,” she posted a hot bikini picture to her Instagram.

She said that since she was two, she’d marched to the beat of a different drum. She is doing what makes her happy, which keeps her content. Kelley won fans over by being a mature lady in a sea of twenty-somethings for Peter Weber’s season. She questioned Peter for putting up with all the drama. Kelley also revealed her family wasn’t supportive of her going on the show, but she did it anyway.

Fans weren’t really surprised when Kelley Flanagan and Peter Weber started dating. The fact that the two met before the show always made viewers a little suspicious. They played it off and said they just ran into each other. Apparently, they made an impact on each other in that short amount of time.  Peter indecisively went from proposing to Hannah Ann Sluss to dating Madison Prewett after the show. Following The Final Rose, which Kelley attended, the two quarantined together and started dating.

Peter thanked Kelly for their time together. He took to Instagram to tell fans they separated. According to US Weekly he said, “While our relationship was filled with countless beautiful memories, our relationship simply didn’t work out in the end. Kelley is someone I will always have a special love for.” The former Bachelor went on to say he learned a lot from her and wished her the best.

She Still Has A Lot Of Love For Peter

Kelley Flanagan said, “Peter and I had some unbelievable times together and they will definitely be missed.” She went on to say they are at two different stages in their lives and that meant they couldn’t move forward. Kelley will still be making the move to New York like she and Peter had planned.

The reason is because she wants to surround herself with go-getters and thinks New York is the place to do that. Flanagan said she was ready to switch it up from Chicago. Peter Weber also moved to New York and is sharing an apartment with Dustin Kendrick. Kendrick competed for Hannah Brown’s heart along with Peter on her season. It’s doubtful the two will rekindle anything based on the statements about their relationship.

Many jilted stars from The Bachelor are chosen as the lead for the next season of The Bachelorette. Would Kelley Flanagan be open to finding love on the ABC dating show again?

During a recent Instagram Q&A, she said she would be open to appearing on The Bachelorette or Bachelor In Paradise in the future.

What do you think of Kelley Flanagan as The Bachelorette? Would you watch her season and root for her to find love? Comment with your thoughts below.