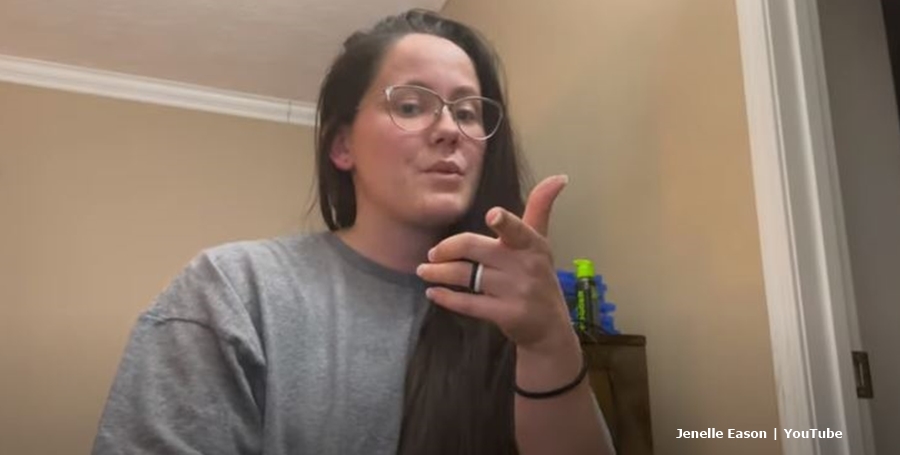 Jenelle Evans took to TikTok last week and claimed that her son Jace lives with her on The Land now. As we predicted, Barbs lashed back at her and told the media she confronted her about it. Things seem even worse now. Jenelle claims that Barbs now blocked her from seeing Jace. It also appears that if Jennelle made any headway on more regular custody, that she blew it. Obviously, her public announcement about her son living with her full-time caused issues.

When the Teen Mom alum told her fans that Jace lives with her full-time, Barbs quickly spoke to the media. She denied that Jenelle spoke the truth. And she said she called her daughter who agreed she “misspoke.” Apparently, Barbs became all heated because, in her TikTok, Jenelle said, “I have custody of Jace. He lives with me now full time.” Jenelle also spoke about behavioral problems in her first message.

When Barbs spoke with TMZ, she said that in fact, she still retains “full custody” of Jace. But she admitted that he spends quite a lot of time on The Land with Jenelle and David Eason. However, she emphasized that he does not live with her full time. Instead, he goes “back and forth between her house and Jenelle’s due to the pandemic.” Now Jenelle took to YouTube and claimed the fallout from that means she’s blocked from seeing her son.

Bringing back a full legal fight over custody?

In her vlog, Jenelle said that it looks like she now needs to go the legal route with “lawyers” to get custody. Clearly, the amiable arrangement fell away. Apparently, Jace would stay with Jenelle for about three or four days and do his homework on The Land. But Jenelle said that when she and Barbs originally discussed the legal route, Barbs asked her not to. InTouch Weekly reported that “Barbara tried to convince Jenelle not to file paperwork in court because she would allow her to see Jace whenever she wanted without making adjustments to their custody agreement.”

One of the reasons for that, the Teen Mom alleges, is because Barbs needs Jace for their “medical aid.” And now she claims that Barbs wants her to stop the custody fight. Apparently, she described it as “craziness.” So, Jenelle can only think her mom is full of “pride.” And it all “ruined” their relationship.  Jenelle Evans also said she always hoped to avoid putting Jace “on the stand” to testify. And she feels disappointed. Just when she believed she finally got more custody, Barbs took it away again.

In her vlog, the ex-MTV star said that she tried collecting Jace from school on Tuesday, but Barbs wouldn’t allow it as their custody agreement has never been updated. And apparently, Barbs’ lawyer told her if she allows Jenelle more custody than the agreement, then she might face a “contempt of court” charge. Technically Jenelle Evans only gets access to Jace every second weekend. And, Barbs only allowed Jace more time with Jenelle as he suffers from behavioral problems during the coronavirus.

Dale Moss Asks For Prayers For His Furry Friend
’90 Day Fiance’ Stars Stephanie And Ryan Split Before Filming The TLC Show
Adam Busby Investigates: Which Quint Made The Mysterious Mess On The Stairs?
‘Shark Tank’: Mark Cuban Saves Hopscotch With A Deal, Fans Weigh In!
‘Sister Wives’ Meri Brown ‘Grateful’ For Robyn – Is The Feud Over?