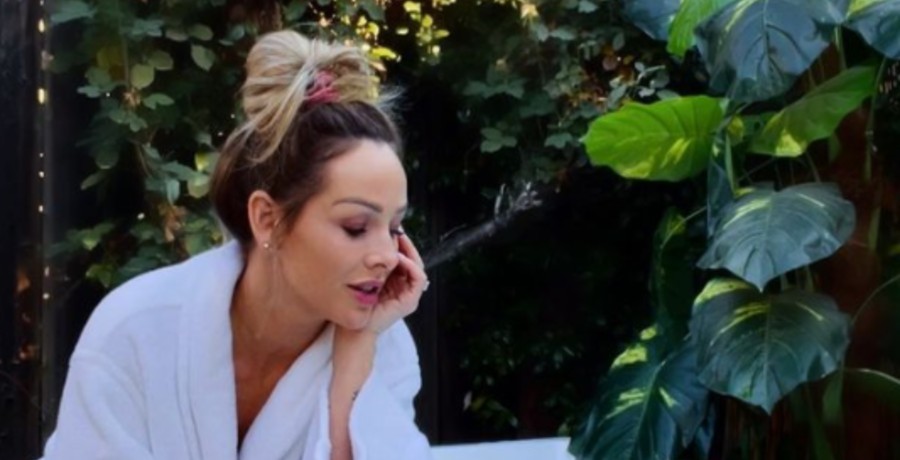 Michelle Money and Clare Crawley were friends before they went on Season 1 of Bachelor in Paradise. Michelle had been very vocal about how she felt her bestie was being portrayed on The Bachelorette.

She blamed edits for making Clare look Dale-obsessed the whole time. Money asked the question, “do you really think she wasn’t talking about other guys?”

Money said, “It feels to me that they had a plan, and they were executing the plan and I’m not necessarily saying it’s a bad plan. Clare obviously fell in love with Dale really quickly.” She said Tayshia Adams had to quarantine before she came in with the guys. It felt to her they had Adams ready to go before they knew what Clare would do. She felt like there was manipulation.

What Did Michelle Send To Clare Crawley?

While Michelle didn’t tag Clare Crawley, it seemed pretty obvious with the theme of the gift. Money posted a picture of candles on her Instagram stories. The candles say: clean slate, better off, and thanx. next! She captioned it, “I’ll give you one guess who I’m sending these to.”

She wrote, “boy. Bye,” at the bottom. No doubt she is sending the candles to Clare. Dale posted a “mutual” statement about the breakup. Clare posted a counter statement saying the breakup crushed her. She maintained the statement from Dale hadn’t been mutual. During the airing of Clare’s season Money said, “the way they’re editing this story line is so out of context.” She said as Clare’s friend it was frustrating to watch. Fans weren’t getting to see the whole story.

What Are Fans Saying About The Breakup?

Fans have been vocal about Clare Crawley and Dale Moss being over. A lot of them say they felt Dale was just looking for fame from the beginning. One fan said, “If all the leads fell for the first contestant that give them butterflies, there would be no show. You must see the process through.” They went on to say people show who they are if you give them long enough.

There were some critical of Clare as well, according to US Weekly. One tweeted she wasn’t surprise, “because Clare has an anxious attachment style and needs constant validation that she’s lovable. It’s not fun to be in a relationship with someone who needs you to constantly prove to them you love them.”

Another Twitter user sarcastically said, “I know I am personally shocked! Who would have thought that a relationship rooted on TV that happened in like 10 days with a gal who is so fragile, self UNaware and inwardly focused could possibly fail?” Either way Clare has support from Michelle who has proven she is behind her all the way. What do you think of the candles? Would you buy them for a friend going through a breakup? Comment with your thoughts below.

Whitney Thore Explains Why She Won’t Date Buddy
Who Stole The Spotlight At The ‘Below Deck’ Season 8 Reunion?
Has Molly Hopkins Found New Love On ’90 Day Fiance: The Single Life?’
When Is Kendra Duggar’s Mom Christina Caldwell Due?
‘Loki’ Coming to Disney Plus in June 2021