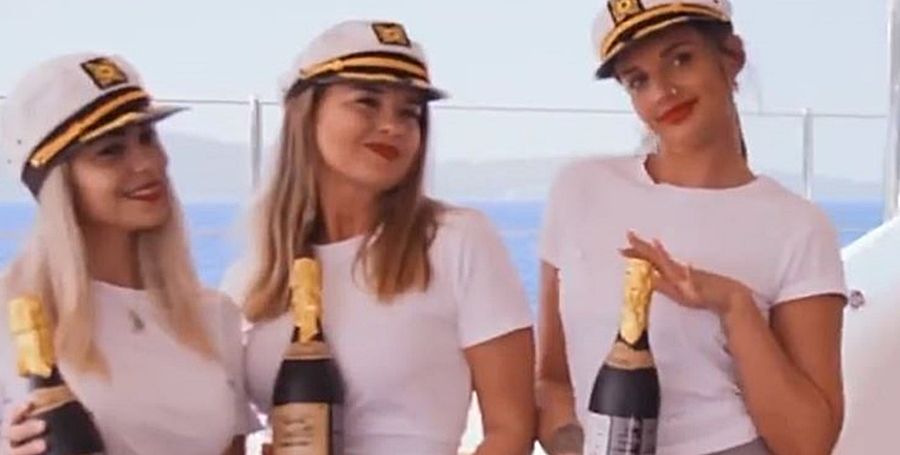 Below Deck Sailing Yacht Season 2 comes on March 1, 2021. The first season brought plenty of drama, and the next one looks every bit as dramatic as previously. Bravo dropped the names of the crew and a trailer for the show. As usual, the guests seem way over the top. And with the coronavirus compliance thrown in, tempers become frazzled. To see what else you can expect, read on.

Fans saw that the virtual reunion from Season 1 highlighted all the tense drama. initially, the show seemed very slow and almost boring. So clearly, fans don’t watch it for pretty sunsets and lovely ocean views. Then, when Chef Adam Glick returned, Jenna sorted the galley out, and it ended up ultra-boring. However, things soon fell apart and fans finally found people they could support or hate.

Georgia, Paget, and Ciara all got into a tizz. Plus, Captian Glen could have handled things better, fans thought. Adam, Jenna and Madison had it out over unkind remarks as well. Well, this time around, the Below Deck Sailing Yacht crew involves Captain Glen as again. Alongside him, fans see Chief Stew Daisy Kelliher working with Chef Natasha De Bourg. The Second Stew is Dani Soares. And then there’s’ Alli Dore as Third Stew. The deckhands are Sydney Zaruba and Jean-Luc Cerza Lanaux.

The storyline for Season 2 of the show

Meaww noted that “It doesn’t get better than this. The crew is serving more drama than the picky, demanding guests.” So expect a “messy love triangle, with a lesbian couple no less, that is going to get wild.” One major issue refers to the fact that the virus means staying on the yacht all the time. So, not crew excursions. With alcohol involved, stress from COVID-19 restrictions, and cramped living quarters, the show looks like a cocktail ready for explosive drama.

Trailer reactions to Below Deck Sailing Yacht Season 2 on Instagram came thick and fast. Many of them feel happy the Adam’s gone in Season 2. Actually, fans generally like the idea of the changes in the cast. One fan wrote, “So glad to see the cast changes 👀.” But everyone seems pleased that Captain Glen returns. The caption tells fans that the vessel heads off for a cruise off Croatia. So, if you like pretty scenery, there’s plenty of that. But in the clip, fans see some sort of accident. It’s minor, but troubling.

Plenty of Below Deck Sailing Yacht fans didn’t expect a Season 2 trailer drop so soon. So, they seem delighted that in just over one month, they see their favorite seas-faring show again. The clip on Instagram is not as extensive as the full one. But you can see more on this Bravo link.