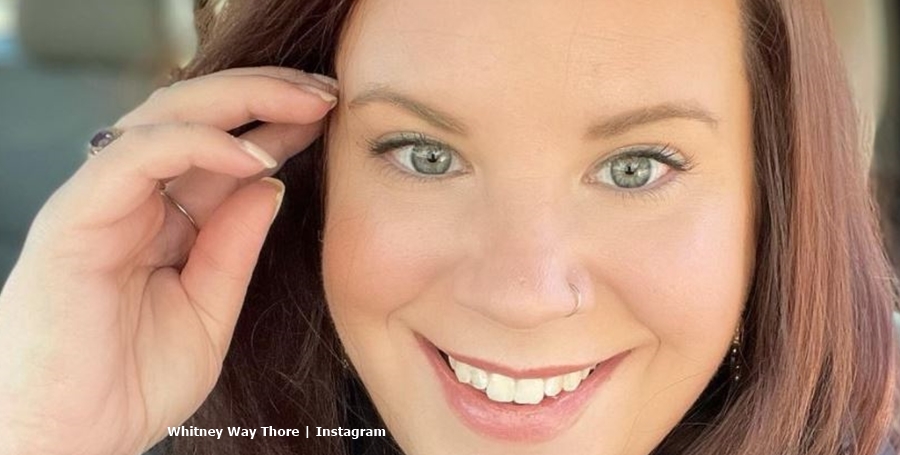 Whitney Way Thore works out regularly and now she looks amazing in her sexy new outfit. My Big Fat Fabulous fans love it that she now gets access to average-sized clothing. Furthermore, it’s clothing that looks good no matter what size people are. Actually, for way too long, people without slim looks struggled to find anything that didn’t make them look frumpy or old-fashioned.

On January 22, Whitney shared the good news about a clothing line that now caters to larger women. In her caption, she said, “It’s a good day for all of y’all who have loved @athleta but have not been able to fit into their clothes! 🥳” Then, she told her My Big Fat Fabulous Life fans that the company “expanded their sizing in 1X-3X across 350+ styles!” She sounds very excited as now, she can relax or work out in the same outfits as those designed for smaller women.

While Whitney Way Thore’s post was a paid promo, fans agree that she looks amazing in her new sexy outfit. One MBFFL fan told her, “Amazing! So glad they [make] sizes that fit the average person.”

Another TLC fan noted, “That’s awesome!! Looks good on you 😍.”

More of them celebrated the news that at last, the line becomes available for them as well. And, the good news came from Whitney that the pants actually stay up when she works out, as well.

Whitney works out in new clothing

From the photo, fans realized that Whitney wears her new clothes while she works out. Fans of My Big Fat Fabulous Life recently heard that she partners with Jessica, her personal trainer. Together, they revamped NoBSactive. Previously, she and Ryan ran the business. People, who sign up see them bringing exercise programs. And Whitney focuses on the side of it for larger women who might not feel up to sprinting all over the place. Fortunately, anyone with an Internet connection may become a member.

Many TLC fans see Whitney Way Thore as a goal setter and role model. After all, plenty of people go through life unable to slip into slinky outfits. Time.com noted that “vanity” fashion basically went out the window. “For decades, major retailers have generally catered to one (white, slim) consumer even as America has gotten more diverse.” So, many people turn their search for something nice elsewhere.

Often, TLC stars end up trolled for posting promos. But Whitney’s fans thank her for sharing. After all, finding out about comfortable sexy outfits for larger people seems much appreciated. With most retailers still sticking to slim and small sizes, finding out news about larger clothing lines is actually gold.