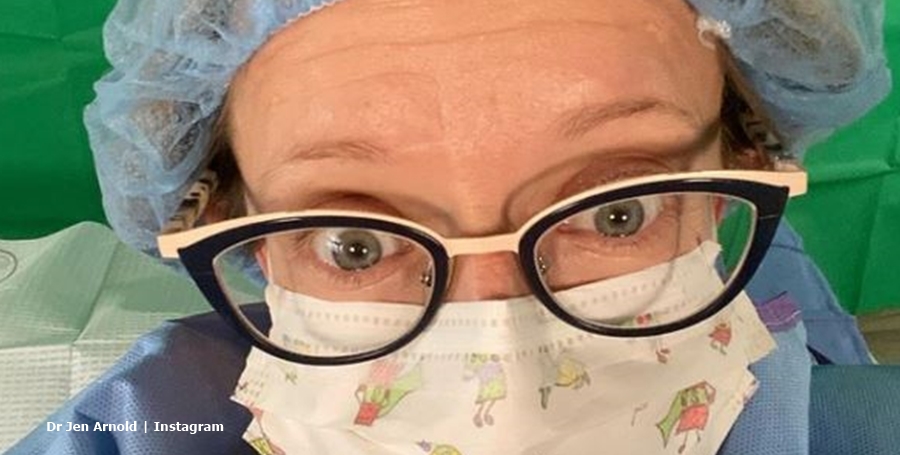 The Little Couple star Jen Arnold went for her first COVID-19 vaccine at the end of the year. Now she went for her second shot, and that raised quite a long discussion by fans of the TLC show. A lot of controversy rushes around about the preventative. And some awful stories surface in the media about people with bad reactions. So, people wonder if it’s safe.

When Dr. Jen Arnold went for her first vaccination, she said that she felt very “grateful.” The mom of Will and Zoey Klein also felt that it’s a big win for science. She also felt it might bring an opportunity to beat this virus. And, she described her shot as a “Christmas present.” Well, Dr. Jen picked up lots of critics as the pandemic went on. She often called for masks and social distancing. And already,  a lot of people felt very suspicious of the vaccine. Some people think the virus is all a hoax and that social distancing merely controls people.

Many The Little Couple fans fear the vaccination. After all, USA Today carried a report about a doctor in Florida who died after taking it. And Florida’s close to home when it comes to Jen Arnold. The doctor passed away three weeks after the vaccination. And it’s not yet established if the vaccine contributed to his death. But these reports really make people fearful. Similar reports also come out of the UK.

Fans discuss the vaccine – is it worth the risks?

On January 22, Dr. Jen posted up about the second vaccine. She said in the caption, that she feels “thankful.” However, it concerns her that so many people still await the availability of it. Jen added, “Now more than ever I’m hoping we can get vaccines widely distributed to save lives.” Finally, she thanked everyone who contributed to the research and the “science” behind it.

Perhaps because The Little Couple star survived the first vaccine and didn’t drop dead, fans seem rather less inclined to slam her for touting it. And really, as a medical professional she could hardly tell people not to take it. Many people now ask each other and Jen for descriptions of side effects. Some of them described their own reactions. Or those of close family members. And others debated the risk of taking the new medication.

Side effects and other considerations by TLC fans

People genuinely feel fearful of the vaccine. One fan asked, “please do a follow up post! I’m in line for mine but a little nervous!” And another person noted that they fear the fact that long-term side effects never became established yet. Meanwhile, others think some of the contents seem unethical. But overall, people genuinely hope it works. Those who know described some of their side-effects.

It seems that a lot of  people complained about “headaches.” Meanwhile, another The Little Couple fan noted, “I work with 2 elderly nuns, 86 and 93 years old. They had a little bit of a sore arm but no other side effects.” Stories of feeling exhausted for a bit also came out. Then, some people pointed out that millions of people never died from taking it. And those who contracted the virus feel any side effects simply can’t be as bad as the actual illness.