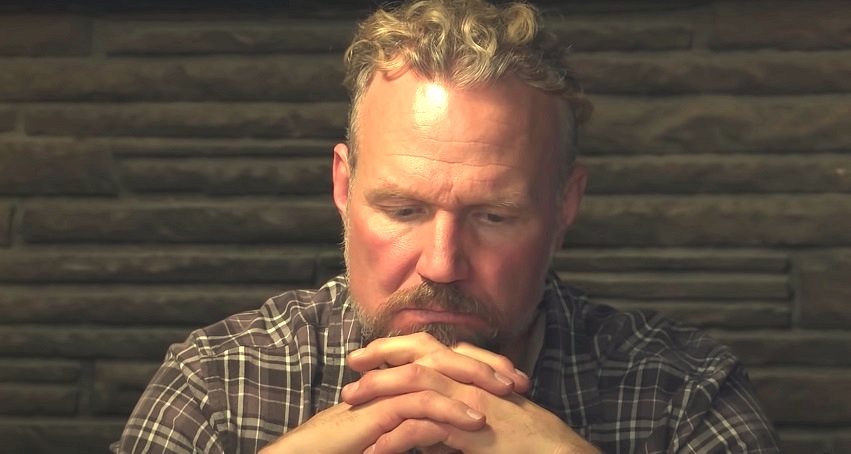 Kody Brown appears to describe how he sees himself in the new Sister Wives season trailer. Just like looking in the mirror, the man with four wives sees both the good and bad in himself. The strangest part is that Kody sees himself differently than most of his Sister Wives viewers. Fans don’t hear his four wives praise him for being the only adult in the marriage. However, this is how the Sister Wives father of 18 sees himself sometimes. He said so in the trailer for this new season.

Sister Wives – Kody Brown Only Adult In This Plural Marriage

Before the Sister Wives husband pats himself on the back for his maturity, he vents. He mostly blows off steam about his four wives in his confessional scenes from Season 15. This new Sister Wives season premieres in just a few weeks. Kody can’t take much more of hearing his four women complain about the divide in the family. It seems as if that promise of building a new life for themselves at Coyote Pass still remains filed under wishful thinking.

The four women who make up this  Sister Wives marriage see the family growing apart. They want that closeness they had in Vegas with four houses in a cul-de-sac. Kody apparently sees himself as a caring husband. From what he says he also doesn’t feel appreciated. With all this complaining from his wives, Kody feels that he is sometimes the only adult in their plural marriage.

To Make Love – This Guy Has To Be In Love

Kody Brown looks into the Sister Wives camera and says romance and making love is saved for those who are in love. That sounds like he sees himself as noble. He is not frivolously bedding down anyone unless he’s in love with them. This seems odd because Kody constantly shares on the Sister Wives show that he loves all four of his wives.

So why does it sound like he is giving an excuse for not sharing romance with one or more of his wives? When this Sister Wives Romeo talked about Meri he offered an excuse. He told the camera that he and Meri would be together if they wanted to. Does that mean they don’t want to? However, Meri gets frisky with Kody in the preview trailer. She wants to kiss him but asks his permission first in a roundabout way.

He Takes On Hardships For Sister Wives Family

The trailer also suggests that Meri, Janelle, Christine, and Robyn, worry about COVID. However, it appears some of them worry more than others. Kody describes how he does all the traveling as the wives and their kids stay home. He shared this noble deed in a confessional scene.

Christine said that Kody told the family to stay at home. She also said she wasn’t going to do that. Meri wanted to know how they can work on their relationships when they can’t see each other. Janelle said she is worried about the Sister Wives family because of the divide. First with four houses so far from each other. Then with the virus keeping everyone in their own homes.

When Kody came out venting about all the things he sees about himself it wasn’t how most fans see him. The Sister Wives husband considers himself the only adult at times. Fans aren’t buying that one. This is also something his wives probably wouldn’t give him credit for either. If they did it couldn’t be with a straight face.