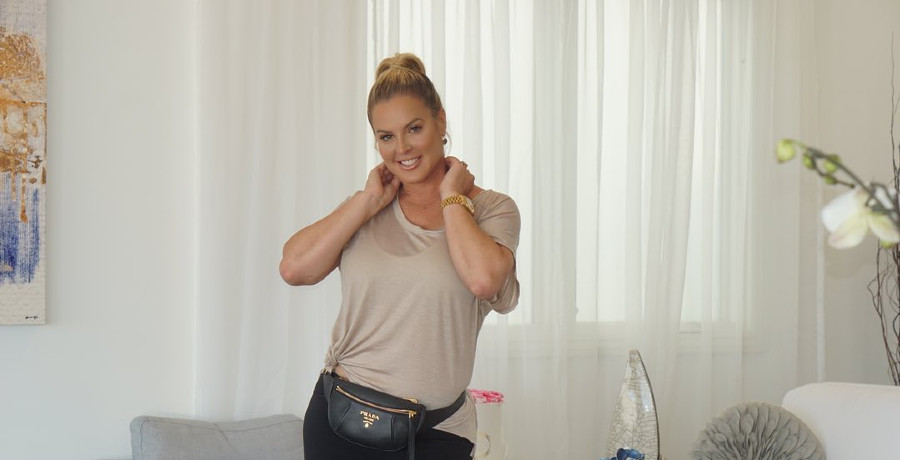 The Real Housewives of Orange County fans learned a lot about newbie Elizabeth Lyn Vargas this season. But how much of it could they believe? One thing that became clear, especially at the reunion, is that “richest b**ch in Newport” isn’t over her ex-husband.

But her ex has moved on and his new girlfriend thinks it is time for Elizabeth Lyn Vargas to move on, too.

Does RHOC Newbie Still Hold a Candle For Ex?

When Bravoholics first met Elizabeth Lyn Vargas, she was in the middle of divorcing her rich ex-husband. Bernt Bodal and the RHOC newcomer were married for 17 years before separating in 2017. The already-prolonged divorce took even longer once the coronavirus pandemic hit.

However, the former couple’s divorce was finally legally over in July of 2020. Viewers of the Bravo show were also introduced to Vargas’ new boyfriend, Jimmy. In contradicting statements to the other ladies, Elizabeth said she hadn’t been intimate with her new man yet. She said he wanted to wait until her divorce was final.

But in other scenes with just the ladies, she revealed that she sent lovey-dovey texts to her ex-husband. Elizabeth Lyn Vargas was clearly still grieving over the end of her marriage.

While the other women tried to be supportive, Braunwyn Windham-Burke drove the knife in at the Season 15 reunion.

One RHOC viewer wanted to know if Elizabeth Lyn Vargas is still in love with her ex-husband. After host Andy Cohen asked the question at the reunion, Braunwyn Windham-Burke bulldozed into the conversation.

She said that a friend of hers knows Bernt and that his girlfriend is actually his fiance. Elizabeth was horrified and shocked at this news. She quickly denounced it as lies, but Braunwyn repeated that she had first-hand knowledge of this.

Gina Kirschenheiter quickly called Braunwyn out for her unnecessary input into the conversation.

Now the woman who or may not be Bernt’s fiance is speaking out on social media.

The tense exchange between Braunwyn and Elizabeth made Page Six. The subject of the discussion herself, one Michelle Fox, saw the gossip site’s Instagram post with her picture splashed across the headline. And she felt the need to respond.

Most of her comments have since been deleted. But Page Six transcribed them within an article and the tagged responses from fans to Michelle Fox are still visible in the comment section of the post. At least one of her comments does remain:

According to Michelle Fox, Bernt Bodal wants nothing to do with his ex-wife. But she accuses Elizabeth Lyn Vargas of continuing to call and text him. In the comment section of Page Six’s Instagram, she slammed Elizabeth’s behavior as “creepy.”

Michelle Fox also replied to one comment accusing Elizabeth of having a “serious mental disorder” and is “a stalker.”

A Serious Case of She Said, She Said

Page Six connected with Michelle Fox for additional comments. She claims that she and Bernt have sent Elizabeth cease and desist letters. They want her to stop discussing them and “get a life.”

The outlet also reached out to the RHOC star for her reaction to Michelle Fox’s claims. For Elizabeth’s side of the story, she denies stalking her ex. Regarding his new girlfriend, Elizabeth said, “She is not involved in my life in any capacity and never will be.”

Furthermore, she disputes Braunwyn Windham-Burke’s claims: “I have confirmed with my ex-husband that he is not engaged.”

Do you think Braunwyn Windham-Burke was lying about Elizabeth Vargas’ ex being engaged? Or perhaps Bernt himself isn’t being completely honest with his ex.

Part 2 of the RHOC Season 15 reunion airs on Wednesday, January 27th on Bravo. Kelly Dodd has a lot to answer for in the next episode.