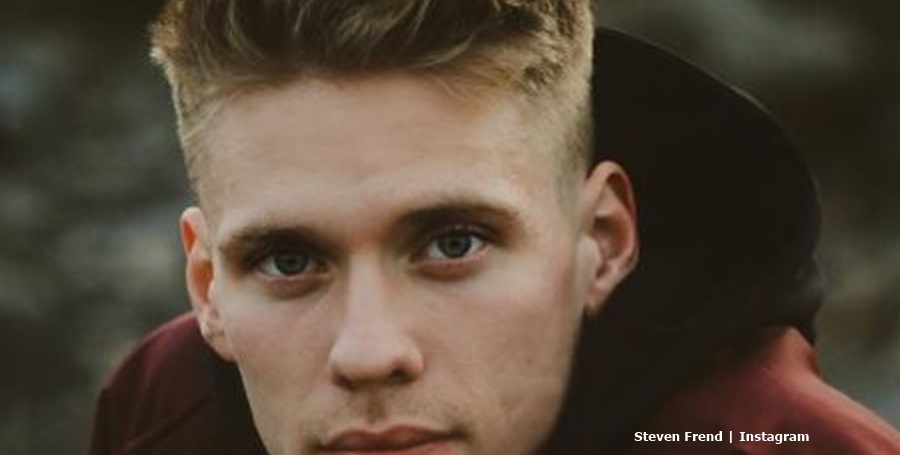 Steven Frend and Olga go through issues at the moment, so perhaps the idea of an RV lifestyle feels very appealing. After all, who doesn’t love the idea of hitting the road, going away, somewhere, anywhere, at will?  And just leaving all those pesky problems of life behind us seems like a dream. Now, the 90 Day Fiance star said that he really hankers for it.

We reported on January 20, that Steven and Olga engaged in online tiffs. It came as a tit-for-tat argument that many TLC fans feel should remind private. Olag said that she isn’t single anymore. Then, Steven slapped at her for that as they split and he accused her of confusing their fans. So, she reacted and slammed him for only posting when things go badly. You know the sort of thing: he said, she said, and all the dirty laundry hangs for all to see. But the main thing is the happiness of their son Richie Alex. Both of them agree that his mental health is very important.

Maybe Steven Frend thinks of a happier future. Or, he just dreams of the time the coronavirus goes away. He took to his Instagram Stories and shared some photos of people living out of a van. It certainly seems that he could easily take to the RV Lifestyle easily enough. Perhaps not permanently, after all, he still hopes to spend time with Richie. But, maybe for summer breaks or other vacations. 90 Day Fiance fans might hope that one day, he gets an RV and takes Olga exploring the country.

Dreaming of an RV Lifestyle

Perhaps Steven sees how ABC’s Bachelor in Paradise star Dean Unglert lives. Well, as often as he’s able, he hits the road with Pappy the dog and Caelynn Miller-Keyes. It certainly looks idyllic. Taking to his Instagram on Tuesday, January 21, Steven shared three snaps taken from other accounts. One showed a really lovely-looking woman wearing very little lying down next to her man in an RV. It came from the Van Life Living account.  Steven captioned it with, “minimal lifestyle is beautiful.”

And, it seems something more than just a promo. In his next photo, Steven Frend wrote the caption, “The road is calling my heart non-stop.” Then he added, “I can’t wait to share VanLife with you  all.” Then, the third one showed a shot taken from the air of a van on the road. Probably filmed by a drone, it came from an account called @dontwannagohome. Most likely, every person who ever went on an idyllic vacation knows that feeling.

While RV or van living sounds wonderful, alwaystheroad.com notes it’s not for everyone. Notably, people who spend a good deal of time on the road need an income of some sort. Whether it’s art, photography, or an online business, money still matters.

‘Sister Wives’ Kody Brown Finally Owns Up To A Character Flaw
‘The Bold And The Beautiful’ Spoilers: Bill Goes To Desperate Measures
Are ‘Bachelor’ Nation Stars Blake Horstmann & Kelsey Weier An Item?
Moriah Plath Finally Gets To Spend Time With Her Sisters – See Photo
‘Married at First Sight’: Find Out How Much Derek is Worth