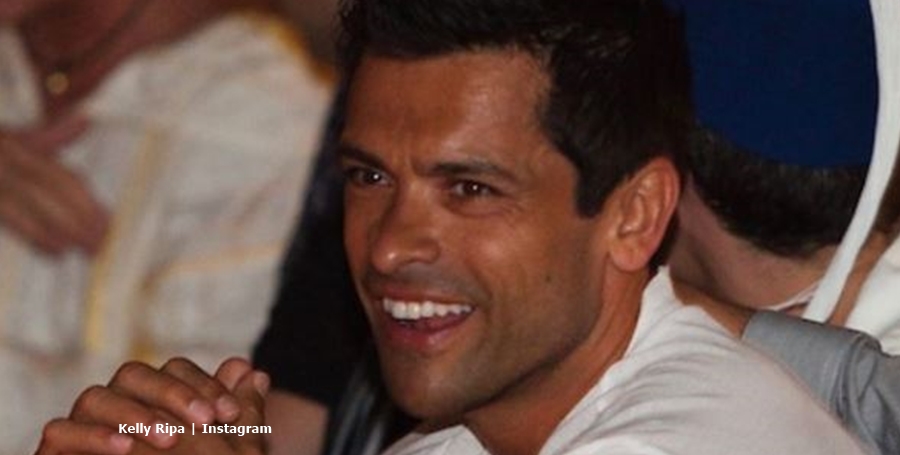 Mark Consuelos made a comment on a post by Kelly Ripa that got fans guffawing. And yes, as you’d expect with these two, it slid in well below the belt. Mark returned from Canada about a month ago, and clearly, they seemed utterly delighted to back in the same space again. But he might have departed again recently. Maybe that’s why he dropped his sly comment for everyone to read on Thursday, January 21.

We reported that when Mark came home after shooting for Riverdale, the family all got together for a nice celebration They tucked into some of their favorite food like tacos and tamales. Fans rejoiced for the couple and some of them noticed that at least they kept their clothes on. After all, Kelly Ripa from Live With Kelly and Ryan certainly doesn’t mind talking about their encounters between the sheets. Actually, she quips and teases a lot which makes fans laugh.

Now, Mark Consuelos proved that he also developed a flair for suggestive teasing on social media. And fans think it’s classic! Why it’s thought he commented from afar involves a report by Hello! Magazine on January 18. The outlet noted that, “Mark shared a fun photo of his virtual date night with Kelly over the weekend, and while they weren’t in the same home, it looked like they [enjoyed] just as much fun.”

On Thursday, January 21, Kelly took to her Instagram. She shared a photo of herself wearing a nice warm jacket. The words on the jacket read, “More Glitter, Less Twitter.” Her caption read, “This is the best costume for the day, because glitter doesn’t rhyme with Instagram 🌈🤩.” Many fans said that she looked awesome in it. And a lot of them liked the jacket. Plus, a few other celebs, like Lisa Rinna from Bravo, liked the photo.

In the comments section, Mark Consuelos popped up. He wrote, “Baby … is that a G or a C.. asking for a friend.” Well, some fans said it took them a bit of time working out what he meant. But obviously, replace the G in Glitter with a C and it means something very different. Fans laughed hard. And Kelly replied, saying, “😂😂😂😂 sweets. Shush!”

Over 40 comments came from delighted fans. Then, nearly 300 people liked the comment from Mark. here’s what some of them said to Mark Consuleos and Kelly:

Certainly, Mark Consuelos gave many of his Riverdale fans a jolly good laugh with his hilarious comment on Kelly Ripa’s post.