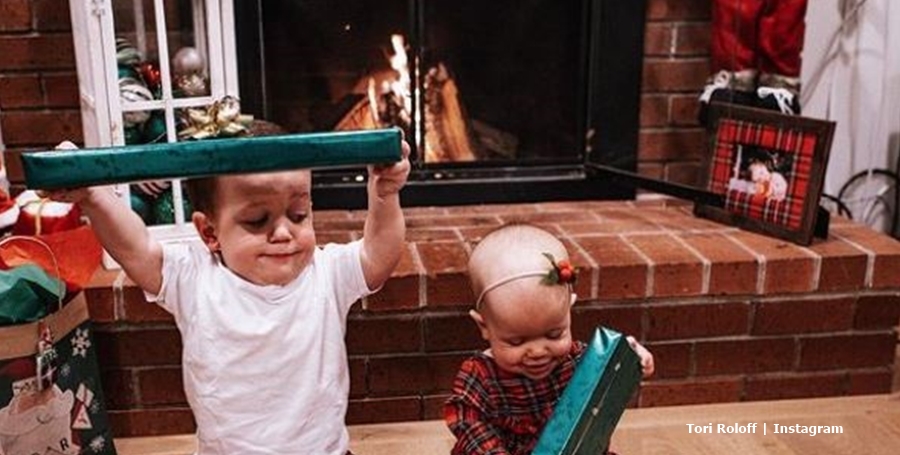 Lilah Roloff milestones get followed closely by the many fans of Little People, Big World. The cute little girl, just over a year old seems bright and happy and often laughs and smiles. And she really enjoys interaction with her brother Jackson. When she tried to join him at play, he laughed and ran around the room all excited.

We reported that Lilah tried standing up and holding onto a table. She managed it for a bit. But her little legs started trembling and she sat down. So, it seems she’s not yet ready to take the big step and walk. Once kids learn balance, there’s no stopping them. But she still looked some way off it. We also mentioned that she probably progresses from scooting around on her tummy to crawling. But, in the clip, Tori shared on her Instagram stories on January 21, she looked a bit like she struggled with that as well.

However, according to zerotothree.org, that’s not a problem. Did you know that some kids never crawl? They go straight from standing (with support) to cruising and then to walking. And fans know that Lilah Roloff Roloff stands and hangs onto things. Plus, the outlet notes that parents really shouldn’t worry. As long as they roll from tummy to back, it’s fine.

Other milestones are important

The outlet also noted that it’s not a huge worry if the child can sit without support for a few minutes. Plus, if they “combat crawl,” lying in their tummy and “pulling themselves along” with their arms, that’s also fine. Little People Big World fans saw Lilah do all of those in recent times. Maybe one day, she just stands, walks, and takes off. It’s probably safe to say that Tori and her family let everyone know if that happens.

In the clip that Tori shared, Lilah Roloff certainly looked keen to get about and play with her brother Jackson. She pushed up her buns as if trying to get her knees under her. And then she kicked her legs excitedly. Of course, the cute little TLC star also laughed a lot. And she looked so delighted and happy. Of course, there’s always a possibility that Lilah crawls already. Maybe she just wasn’t in the mood last night.

In other news about little kids, Audrey Roloff declared that she and Jeremy already think about another baby. Recall, their son Bode came just a short time after Lilah Roloff. So, he and Ember might soon meet another sibling. In the meantime, LPBW fans can hope for the day that Lilah and Bode can start playing together. And who knows, maybe Tori and Zach also plan on bringing another child into the world soon.