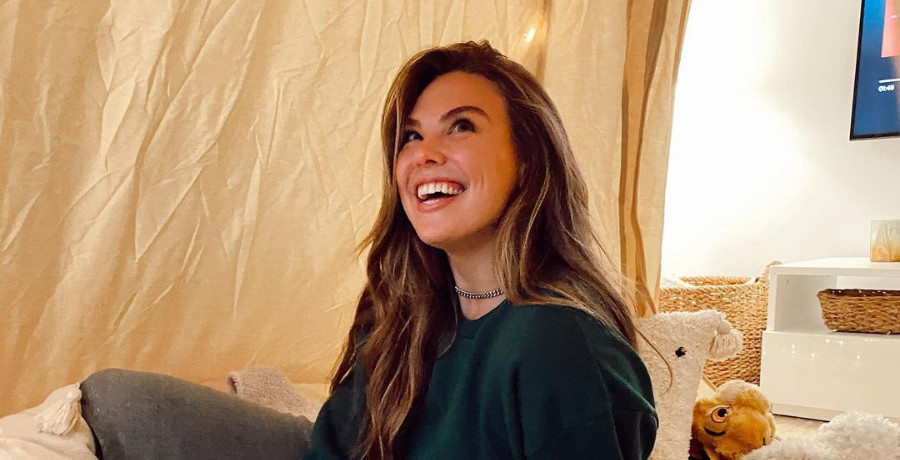 Hannah is famously known for her time on The Bachelorette. She and Tyler Cameron had a visible connection during the show. However, she ended up picking Jed Wyatt before cheating allegations split them apart.

According to Flare, Tyler and Brown have cleared up where their relationship stands. Tyler said, “I didn’t want to do something because I was in a bad place.” As they quarantined together, he made a rule with himself that nothing physical was going to happen between the former couple for fear that it would ruin their recently rekindled friendship. They were spending time together after Tyler’s mother passed away in March of 2020.

According to an IG story by @bachelornationscoop, the mystery man is Adam Woolard. The fan who broke the news had this to say. “Former Bachelorette Hannah Brown has been dating a Los Angeles based model and meditation teacher for a while now. He is super attractive and is an all round guy. Go Hannah!” Fans of the show were quick to compare Adam with Hannah’s ex-boyfriend. “Omg he looks just like Tyler C. lmaoo” “Why is that Tyler Cameron with facial hair?”

There was also a photo sent to the IG account of Hannah and Adam at a restaurant in Nashville. The 33-year-old seemed to be having a casual dinner with the former Bachelorette.

People began revealing what they knew about him,” one of my brothers knows his ex gf, apparently some people think he is using her for connections not love. I think the same because he just signed with a new PR company.”

The video that started all this was of Hannah holding a coffee cup next to a guy. She captioned it with “socks by @birkenstock Trendsetter.” A recent post by @Bacheloring says the two have been dating for several months now.

Fans Are Happy For Her

Hannah Brown’s new man revealed, and fans were quick to do some detective work on Brown’s new man. A live video resurfaced with Nora Dekeyser and Adam. “Yeah that’s probably how they met. Nora is Hannah’s life coach & friend. And I’m like 99% sure this live was from Hannah’s bedroom (blanket/room/mirror matches hers from a YT video).” Viewers noticed Adam’s jacket in the live video is similar to the jacket on Hannah Brown’s Instagram story with the coffee cup.

BachelorNation fans filled the comment section on a Reddit post about the Bachelorette’s new boyfriend. “Yees hope Hannah isn’t looking for monogamy cause meditation coach/model in LA, woof. Hope she has fun tho” Another fan seemed to think the fact that he is from LA might mean he is dating her for fame.

Others were fearful for the new man in the public eye. “And y’all will eventually drag this ‘whole ass man’ through the mud if he & HB don’t work out for some reason.”