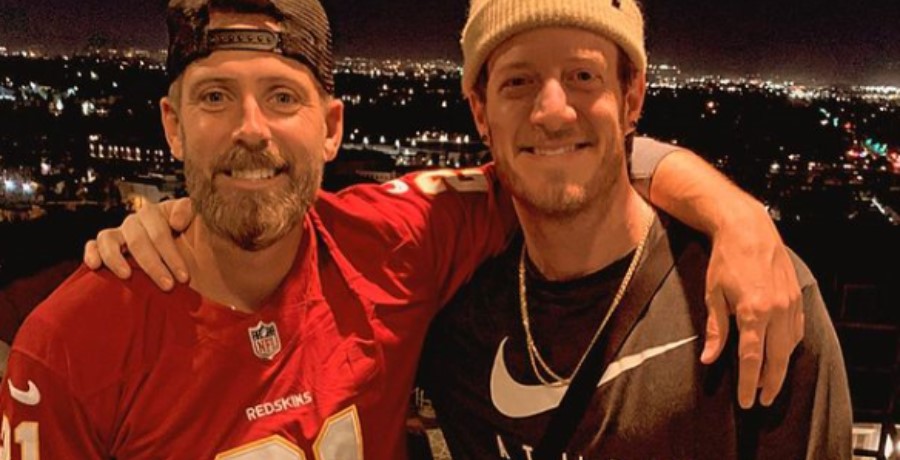 Graham Bunn from The Bachelorette spilled some tea on his relationship with Chrishell Stause. They broke up over ten years ago, but there are no bad feelings. As with all relationships between reality television personalities, people want to know all about it.

Graham went onto Click Bait to talk to Tayshia Adams, Natasha Parker, and Joe Amabile. He said at the age of forty-two he, “met Chrishell and fell in love.”

What Did Graham Bunn Say About The Relationship?

Graham Bunn shared that his relationship with Chrishell who was twenty-eight at the time was the most adult relationship he’d been in. That’s true even today. He said the relationship was great, but they broke up when Stause got approached to be The Bachelorette. He said he gave her a ton of credit for telling him the truth.

Bunn said she shared she might get the lead. He appreciated her telling him and he understood. According to US Weekly, DeAnna Pappas didn’t see things that way. She said, “Graham Bunn was on my season of The Bachelorette and apparently he only went on the show because he thought Chrishell was going to be the Bachelorette.” Pappas said she thought he came on the show to try and win her back.

The Reality Star Was Disappointed But Understood

Graham Bunn said getting mad didn’t make sense. He said, “what does that look like? I get mad at her and I send her away so she never talks to me again.” According to People, he said he thought maybe they’d see each other again in the future.

Bunn said Stause always gave it to him straight. The Selling Sunset star had been in a bad relationship before they started dating. One thing he learned a lot about during their relationship was communication. He said Chrishell is very good at it. Bunn said, “I don’t like uncomfortable conversations, and to her credit, she probably doesn’t other, but she’s really good at it.” They reconnected after he went on The Bachelorette. Stause for her part said at the time, Bunn was a really good boyfriend. Graham ended by saying he was really proud of her and happy for her and Keo Motsepe.

Now Graham has a modest following of seventy-two thousand on Instagram. Bunn has a podcast called, Country Shine, where he talks about all things country music and culture. He shared with his fans, the pandemic has been tough for him and his family. He said, “Although we couldn’t be together…. we exchanged gifts OUTSIDE and apart from one another… couldn’t hug my pop or my mom. It was painful but the responsible thing to do.” His dad made a yard art dog for him that looked like his childhood dog. His fans loved that he shared the art and a picture of his puppy. Graham as a kid is pretty cute too.

What do you think of Graham’s take on his relationship with Chrishell? Comment with your thoughts down below.