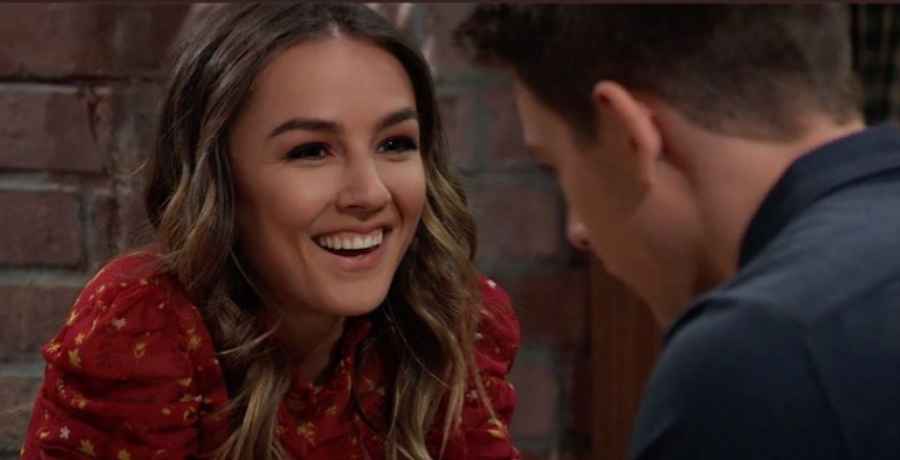 Fans of Lexi Ainsworth rejoice! The actress who plays Kristina Davis-Corinthos on General Hospital is coming back. Lexi confirmed this via her Instagram Stories, while she watched President Joe Biden’s inauguration. Fans have been vocal recently regarding Kristina’s absence, so will no doubt be happy to see her back.

Lexi shared a snap on her Instagram Stories on Wednesday, while watching President Joe Biden’s inauguration. She was obviously celebrating that fact, as well as her longed-for return. While fans have been expecting the news for some time, there was more. She wrote that she was at the Prospect Studios at that time, which is where General Hospital is filmed. Ainsworth confirmed that she was, indeed, returning in the role of Kristina and that fans won’t have to wait too long for this to happen.

Soap Opera News confirmed that Ainsworth will return on-screen on the February 8 episode. However, due to schedule shifts and recent preemptions, it is possible that the date could change. However, Lexi herself did confirm the anticipated date.

Fans celebrating the return of Kristina

Whatever the exact date, General Hospital fans are more than ready for Kristina to return to Port Charles. Many tweeted their celebration of the fact, asking General Hospital if she can actually stay. One tweeted that Kristina is Sonny’s best child.

Kristina was seen during November last year in a couple of episodes, but only briefly. Of course, since then, a lot has happened with her family. First, Alexis fell off the wagon and is in a mess right now. Secondly, there was Sonny’s supposed death from falling from a bridge. While General Hospital fans know he is alive, all his loved ones currently believe he is dead.

Throughout the drama, there has been no sign of Kristina – not even at Sonny’s memorial service. Further, there has been no explanation for her absence. Fans want to know if she will be back on the soap for a while this time. However, spoilers don’t give any specifics about that. Some worry that this will be one of those one-off things that will cause her to only appear in a couple of episodes.

One fan tweeted that they hope it is for more than Sonny’s funeral. They wrote that Kristina is needed on the scene. The fan noted how nice it would be to see her supporting her family, as well as continuing her own storyline.

Great! I hope it's for more than Sonny's funeral. Kristina is needed on the scene. It'd be nice to see her supporting her family as well as driving her own story. Everyone from her mom to her siblings have some kind of mess going on… What if Julian left the pub to her?! #GH

They noted that “everyone from her mom to her siblings have [sic] some kind of mess going on.” Another suggested that maybe Julian will leave the pub to her while recalling Kristin worked at Charlie’s for a bit.

Until it actually happens, fans will have to wait and see and we will share any additional spoilers about Lexi’s return to General Hospital.