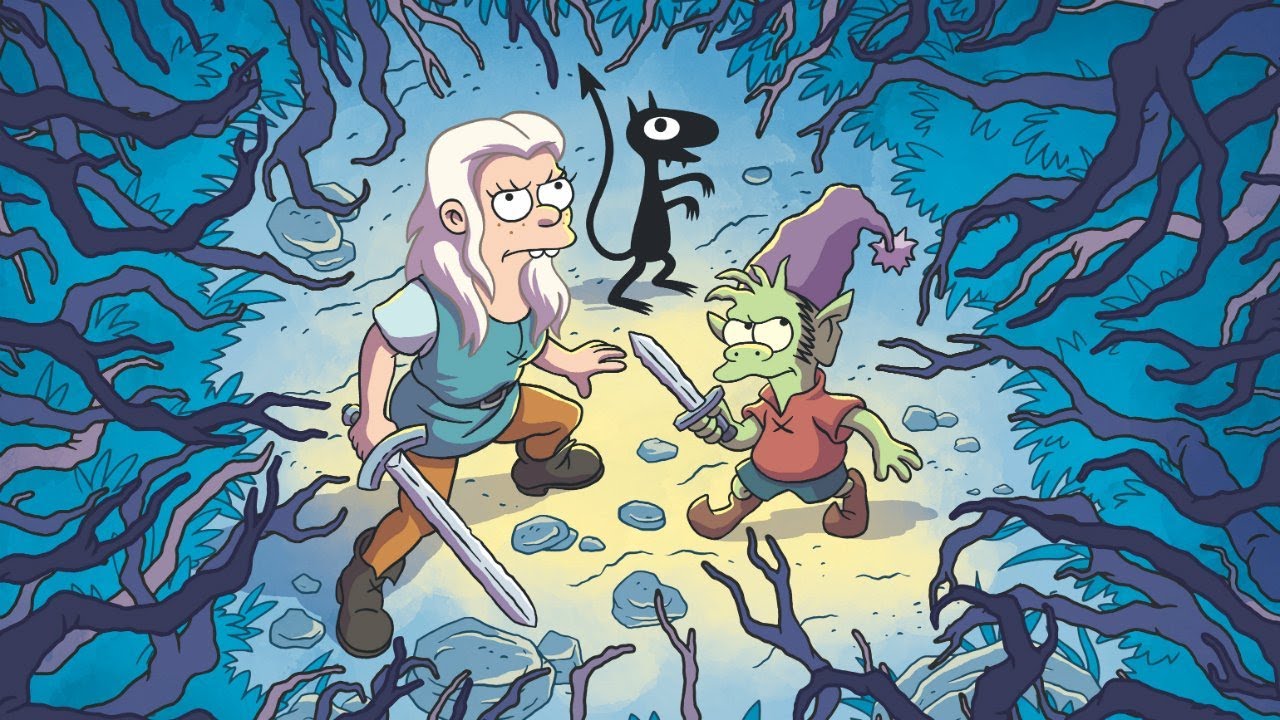 Disenchantment Season 3 just hit Netflix about a week ago and subscribers already have a simple question — Will Netflix renew or cancel? Will there be a Disenchantment Season 4? With Season 3 being just 10 episodes long… Subscribers who love the animated comedy have had more than enough time to binge through the series. And, they are itching for more.

We understand. We are too. So, we did a little digging. And, here’s what we know about Netflix’s plans for Disenchantment Season 4.

According to Netflix fan site What’s On Netflix, fans of this series can rest easy. There will be a Season 4. Another 10 episodes of the series have already been ordered by the streaming giant. So, this leads us directly into our next question. When can we expect the release date for Season 4 (Part 4)? And, what should we expect from the next chapter of this animation series?

Slow start: the show is growing on people

Purely based on the fan site’s opinion, What’s On Netflix notes Disenchantment got off to a pretty slow start. Now, this is understandable since this show was Netflix’s attempt at making up for losing American Dad, Family Guy, and Futurama.

The series had pretty big shoes to fill. Initially, the show seemed to struggle to grab the attention of Netflix subscribers. The early reviews were not that great. For those who stuck it out, the show seems to have improved. And, Netflix seems to have figured out how to navigate what the audience watching adult animation comedies want to see.

As those who follow the series know, it first landed in the Netflix library in the middle of 2018. The streaming giant has dropped a season in the library every year since.

The Season 4 release date can be assumed

Now, with the way Netflix has released this series… The release date for Season 4 is pretty obvious. We can’t nail down the exact date. But, it is safe to assume we won’t see Season 4 until next year. Moreover, this is assuming the COVID-19 pandemic doesn’t delay the production of Season 4. Now, because Netflix has already renewed this series… It is possible they’ve already started working on Season 4 as well.

FINALLY finished Part 3 of Disenchantment and I need Part 4 RIGHT NOW YOU CANT JUST END IT THERE pic.twitter.com/kKq6BjV5pZ

There is a comic book called “Untold Tales” for those who cannot wait for the release of Season 4. Unfortunately, a thread on Reddit suggests it isn’t easy to gain a copy it.

Have you finished Season 3 of Disenchantment yet? Are you looking forward to Season 4? Share your thoughts with us in the comments.

Danielle & Adam Busby Celebrate 15 Years Of Marriage: See Photos
OH NO!!! Jessa & Ben Seewald Are Hurting For Money After Giving Birth?!
Would Michael Allio Accept An Offer To Be ‘The Bachelor’ Next Season?
Todd Chrisley Admits His Wife Julie Has Way More Class Than He Does
‘The Bachelorette: Men Tell All’ Spoilers: Now Deleted Clip Reveals Katie’s Final Three