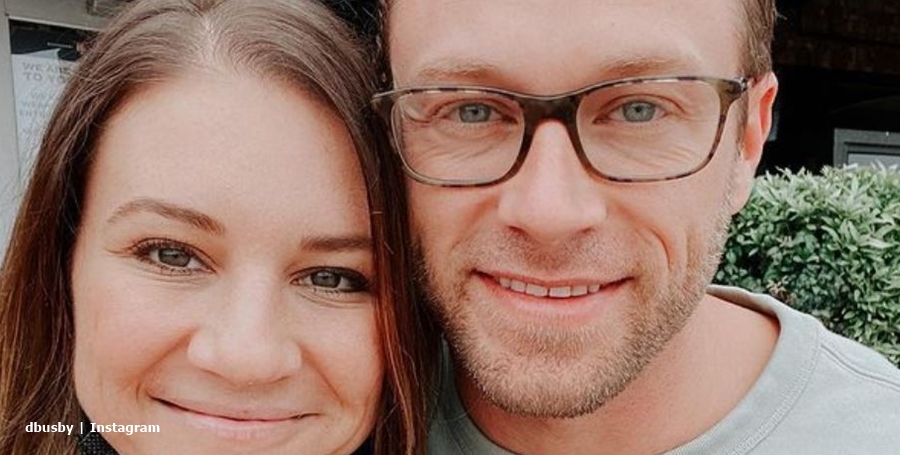 Danielle Busby played the True or False Q&A and dished on her bucket list, tummy tucks, and much more. Some of it, fans already know. Like how she and Adam met and married. But other new stuff emerged that sounds a bit interesting. Notably, the OutDaughtered mom never talked about her current health issues. But there might be a good reason for that.

In her Q&A Danielle never mention her health issues. But we reported that it might relate to her NDA with TLC. Bear in mind that fans know she sees specialists, but updates seem very vague. This means people end up speculating on her health issue. Right now, the TLC crew films for the OutDaughtered show. Potentially, they might film Danielle as she navigates her medical problems. Fans can only hope that’s the case, and she doesn’t suffer from something overly serious.

In her Q&A, Danielle Busby kept it light and spoke about how Adam didn’t rush in with a proposal. Again she reminded fans that he even stood her up on their first date. One or two other minor things emerged. One of those includes the fact that she’s not overly keen on clowns. And her favorite movie is Dumb and Dumber. But other answers also emerged that are worth taking a look at.

One TLC fan asked Danelle if she ever visited South Africa. Interestingly, she said that with her job before the quints arrived, she traveled a lot. The OutDaughtered mom mentioned that she “loved all the countries and cities” she saw. Next, she confirmed that she visited the South African cities of Johannesburg, Cape Town, and Pretoria. She saw a lot of things. But one thing she still remembers was ticked off her bucket list. It involves a rather adrenalin-inducing activity. And that is “Shark Cage Diving in Cape Town.”

Danielle Busby said she saw at least “10 great whites” and one of them was about 22ft long. Well, she might not experience another opportunity to do that again as the sharks decline right now. In fact, studies by South African experts revealed that for some reason the local Orca’s are killing them but only seem to eat the livers. Literally, those predators are picky eaters. Next, she talked about a tummy tuck.

Did Danielle go for a tummy tuck?

On a lighter note, Danielle addressed the rumors that she went for a tummy tuck. It turns out that she feels fine if people opt for one, especially after childbirth. After all, young moms might feel more confident with one. But, she laid the rumor to rest and said she never went for one herself. And she assured the fan who asked, that if they want one, then they should just go ahead and “do you.”

Finally, fans asked if she plans on living in Texas for her whole life. Danielle Busby revealed that she probably will. But if she could, then she would definitely consider Nashville. After all, she and Adam “love it there.” But, she thinks it would be hard to convince the rest of her extended family to move.

What did you think of the Q&A True or False reveals? Did you learn something new about Danielle of OutDaughtered? Sound off in the comments below.