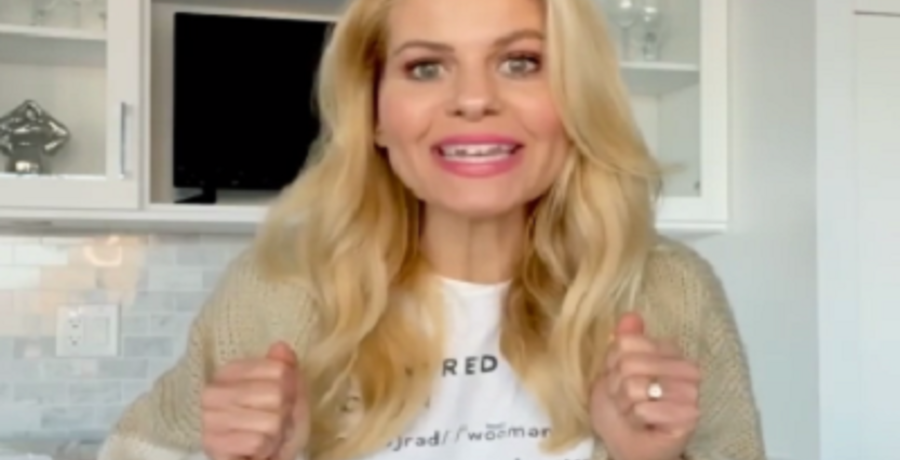 The Full House alum made a virtual appearance on Good Morning America. The bubbly Christian celebrity was excited to talk about her latest release. During the interview, she also addressed her brother Kirk Cameron’s controversial caroling protests. But first, Candace Cameron Bure talked about her new children’s book. Like the previous two, there is a lesson that kids will learn.

“Well, there is always a lesson to be learned in the little Candace books,” the actress explained. “Little Candace learns to be faithful. She learns all about faithfulness through training her dog, feeding her dog, and taking her dog for a walk even though at times it gets very frustrating to do that.”

But little Candace’s faith wins in the end. She gains a furry friend who ends up being obedient. Candace knows how tough it is to train a pet. She has a big fella named Boris who’s hard to settle down during her Instagram videos. The Aurora Teagarden star joked that he rarely listens to her. But he is her “best buddy in the world.”

Last month, the former child star made headlines. Candace Cameron Bure released a statement about her brother Kirk Cameron’s controversial caroling protests. And she was asked about it on GMA. While Candace supports her brother, she would rather follow the CDC guidelines.

“Everyone is going to have a different opinion on it and so I kind of ignore it online as much as I can,” Candace said. “But I did make a statement that I didn’t attend. And I’m trying to follow the guidelines because I am working and filming right now. But I know that my brother comes a very loving and heartfelt place.”

According to E! News, the 44-year-old actress responded to her haters once again. She offered an explanation to fans who were disappointed by who she follows on Instagram and Twitter. Candace didn’t specify which accounts she follows. But she follows a mix of politicians ranging from President Joe Biden and Vice President Kamala Harris to former Presidents Barack Obama and Donald Trump, along with former first lady Melania Trump and Sarah Huckabee Sanders.

Some even noticed that Candace follows conservative outlet Blaze Media. The actress was known for her conservative opinions on The View, so this shouldn’t come as a total surprise to fans. But she addressed their concerns on Instagram.

What do you think of Candace getting so much backlash lately? Sound off below.