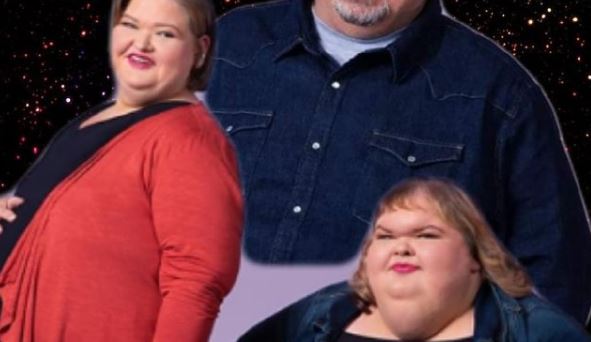 Amy Slaton shared the lovely new ring she received from her husband Michael Halterman. Clearly, the 1000-LB Sisters star is deeply loved. In the show, fans see that she carries a baby. So now, the new mom will just look at her ring and remember the new chapter of life. In fact, it’s thought that she already birthed her child, but TLC fans wait for the gender reveal.

Amy Slaton shares a photo of her new ring

Taking to her Instagram on January 22, Amy revealed her ring. Her caption read, “My hubby got my new ring. Nightmare Before Christmas. On the inside, it says true love never dies.” Well, that’s so sweet, and perhaps the one thing that never dies and never leaves is love. At the end of that day, that’s all that’s left. So, fans who liked the ring really appreciated Michael’s gesture.

TLC fans commented and there’s what some of them said to Amy Slaton:

Naturally, lots of Amy Slaton’s fans asked her about the baby. But we reported that Tammy literally begged them not to do that. Terrified of dropping spoilers by mistake, they could even lose their pay from TLC for the show. As you probably know, TLC’s management really becomes upset when their castmembers break their non-disclosure agreements. And if Amy and Tammy got into trouble for that, it seems a big pity.

Amy Slaton turned her life into something positive. So perhaps fans should respect that she lost weight, underwent gastric surgery, and now welcomed a baby. Happily married, she also helps care for her sister Tammy. But it wasn’t always that way for her. Apart from her weight concerns, she suffered some personal pain in her life. Once, she even ended up arrested for removing a book from Walmart. And she spoke about it on her YouTube saying she wants kids to know that’s not okay.

On the show, fans see that Tammy and Amy Slaton feel a bit at loggerheads with each other. Tammy became angry because her sister fell pregant. Recall, the doctor told her to avoid that for at least two years. Tammy said that she knows her sister wanted a baby, but it’s way too soon. So, she stressed a lot about that. And more recently, they clashed at therapy over what Amy feeds her sister, Hopefully, they all reconcile soon and remember that love is forever. It’s precious and not worth losing, after all.