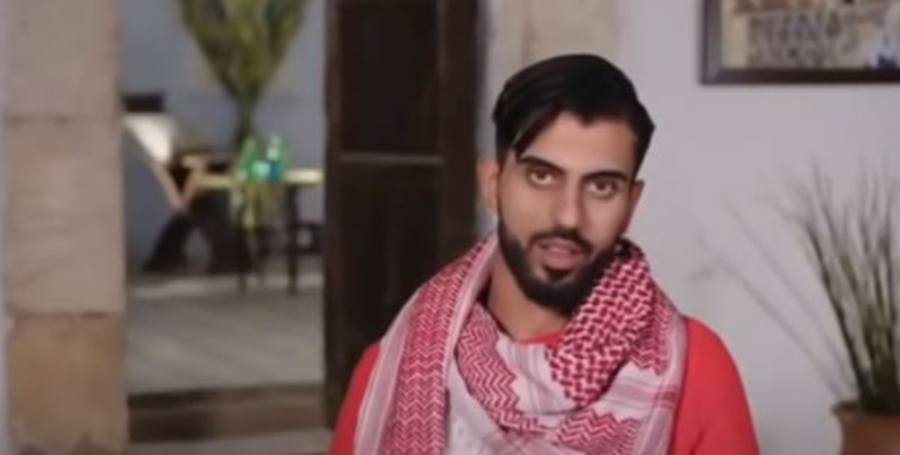 90 Day Fiance star Yazan allegedly became engaged. The news emerged just weeks after the 90 Day Fiance Tell-All. Brittany went back to the USA to arrange his K1-Visa. But, he said he felt zero desire to live in that country. And, he let slip that he already found another woman. Some pics of his new girl arrived on social media. TLC fans knew that Brittany caused issues between them from the moment she arrived in  Jordan. So the news about a new person in his life came as no surprise.

We reported that Brittany arrived at Amman airport. She knew Yazan was a Mulsim. But, she carried a bottle of tequila in her hand luggage. And then, she hugged all the TLC crew which went down with bad cultural flavor. Oh, and she conveniently forgot to tell Azan that she remained married at the time. Unhappy with her non-Muslim ways, Brittany met with a lot of resistance from Yazan’s family.

As the 90 Day Fiance star wouldn’t convert to Islam, that raised problems with Yazan. In fact, he ended up beaten badly. Her social media behavior shocked the family. And, they even threatened Yazan if she remained unconverted and kept posting “racy images” on Instagram. According to her, Brittany left for the USA to get him away from danger. But, really it seemed doomed from the start, TLC fans thought.

Screenrant reported that Yazan claimed he found a new woman. And, he seemingly decided it was time to take the next step. But many people feel a bit skeptical. In fact, some fans feel it’s all just a made-up story. His motivation might simply aim at making Brittany feel “jealous.” The outlet also noted, “While there are no pictures of Lulu on her profile or Yazan’s, viewers believe they may have spotted her in a live stream he did a couple of months ago posing as his ‘translator.”

Nevertheless, he claims the engagement with Lulu went through. And now photos emerged which you can see further down in this article. Obtained by 90 Day The Melanated Way, the 90 Day Fiance Now account shared them on Instagram. Many 90 Day Fiance fans liked that she seems pretty. And a lot of fans hope things work out for Yazan. One fan commented, “Glad he found someone that actually cares and loves him. Brittany was only with him (90 day show) for clout plus her attitude…cringe 😑.”

Some fans suggested that Lulu, the fiance of Yazan might actually be American. And some of them noticed that she didn’t wear a hijab.

What do you think? Did 90 Day Fiance star Yazan really get engaged? Sound off in the comments below.