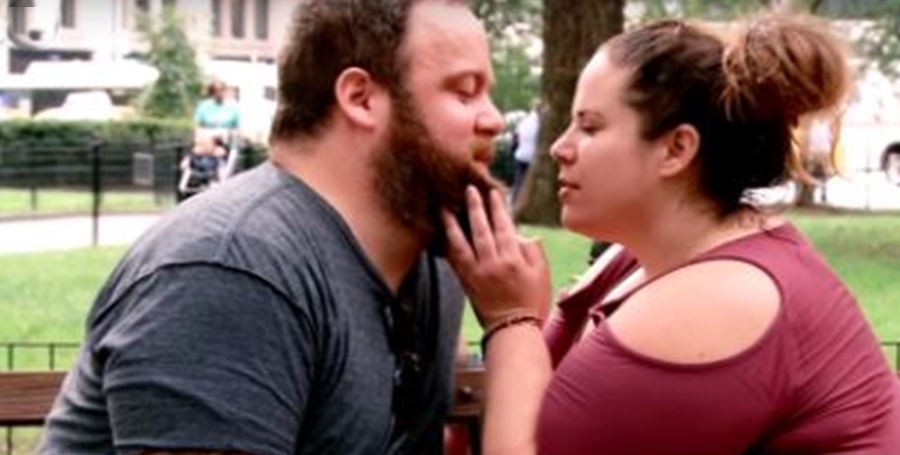 Whitney Way Thore’s weight loss surgery first arose back in December. And now the subject rears its head again. The TLC show explores her options about gastric surgery quite a bit in the coming episodes. But some fans think she used it as a crutch to try and manipulate Buddy Bell into staying with her. The My Big Fat Fabulous Life star now cranks up the critics over it all.

We reported in December, that the subject of Whitney getting weight loss surgery came up. Fans noticed that she started blaming her lack of luck with men in her body size. Some of them gave her a reality check on that. Some of them pointed out that Chase split from her, but so what. Lots of men cheat on women without weight issues all the time. In fact, some My Big Fat Fabulous Life critics think it’s not her weight that’s the problem. Many of them believe it lies in the fact she seems always desperate for control.

Now fans saw that Buddy previously decided to move out of Whitney’s place. So, once again, she raised her weight loss surgery options with him. Meaww noted that she “read a couple of brutal messages she receives on dating apps on the regular and broke down in tears.” After that, her friend Buddy Bell agreed to stay on. So they extended the house lease for many more months. TLC fans seemed very unimpressed about it and slammed her for manipulating him.

Over on Twitter,  critics went to town on Whitney. They hated the way she blubbered all about how everyone hates her because of her weight. It simply made it hard for Buddy Bell to stick with his decision to move out. One critic wrote, “Whitney calls herself a loser, talks about weight loss surgery, shows Buddy the hurtful messages on the dating app and cries. Then Buddy agrees to stay in Charlotte. Manipulation 101.”

Then another critic of Whitney noted, “Why is Whitney on dating apps? Obvi they are going to say something about her weight. For gosh sakes she’s on #MyBigFatFabulousLife. She needs to be an independent woman. No one needs a man.”

More of them talked about how only Whitney could use weight loss surgery as a tool to use Buddy Bell.

Other fans thought that Whitney should shelve the idea of weight loss surgery. After all, she seems to have a lot of other issues. One of them wrote, “Whitney needs to go to therapy before she has surgery, the things she’s looking for it to change aren’t going to happen, she needs to look in herself for the real reasons why meeting men isn’t working more than due to just her weight.”

Next, another person wrote, “Before considering weight loss surgery how about therapy? Whitney herself has admitted to needing it.”

What do you think? Did Whitney Way Thore use her weight loss surgery to try and manipulate Buddy Bell? Should she consider therapy first? Sound off in the comments below.

Maksim Chmerkovskiy Gets Emotional Over His Son’s Potty Training
‘Ginny & Georgia’: Team Hunter Or Team Marcus?
Wait, Did Jerry Sykes Give Tammy Slaton COVID-19?
Catching Up With ‘Seeking Sister Wife’ Before the Season 3 Premiere
‘Sister Wives’ Meri Brown ‘Grateful’ For Robyn – Is The Feud Over?