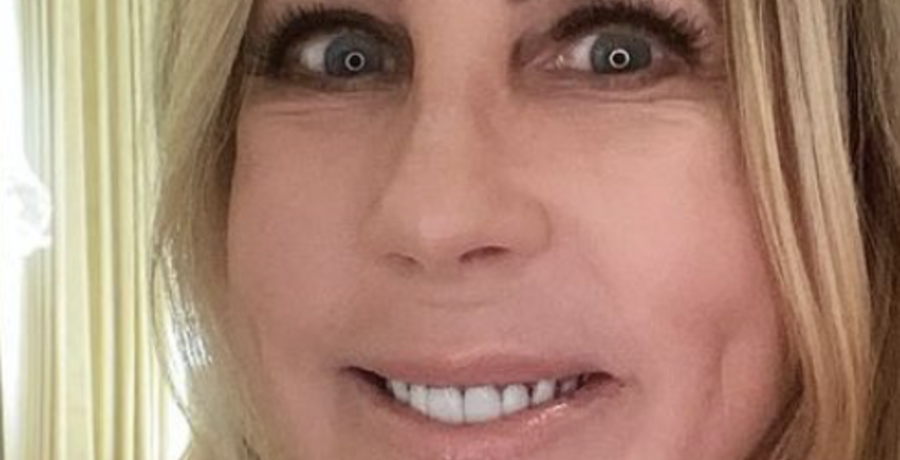 OG of the RHOC battles with RHOBH

The former reality star appeared on the Behind the Velvet Rope with David Yontef podcast. During the conversation, the insurance agent named names and revealed stories about the cast of The Real Housewives of Beverly Hills. According to her, they were rude to her at Andy Cohen’s baby shower. This might come as a shock to fans since the Bravo star helped get them where they are today.

“I don’t really socialize with the Beverly Hills ladies,” Vicki Gunvalson said in a recent episode of David’s podcast. “I think they think that we’re Orange County and they’re Beverly Hills. And you know, I think there’s a little bit of, ‘Go away, girls.’ I feel that from them that they’re above us.”

Vicki said she would never move to Beverly Hills, even “if you paid me.” She would much rather stay in Orange County. The RHOC alum says she hasn’t spoken to anyone from RHOBH since then. And she intends on keeping it that way. Vicki feels that the cast should give her more credit.

“I don’t think they gave me the time of day,” Vicki continued. “They wouldn’t have a job if it wasn’t for me starting this whole damn thing.”

Vicki Gunvalson talks about her run-in with Lisa Rinna

It sure sounds like it. Vicki Gunvalson also revealed that Lisa Rinna snubbed her during Andy’s baby shower. She came across some of the RHOBH cast members and they were particularly cold towards her. It wasn’t as fun as it appeared on some of their social media accounts.

“So the last time I saw all of them was either at BravoCon or Andy’s baby shower in January of last year,” Vicki recounted. “And truly, you know, Lisa Rinna didn’t give me the time of day. I said ‘hi’ to her.”

Rinna acknowledged Vicki and called her “Orange County.” The “Whoop it Up” podcaster said she felt “looked down on.” Vicki even recalled the moment when Rinna got up to dance on a table. She felt like Rinna was trying to look for attention. At the time, it looked like fun, especially in the social media photos.

“I just sat back going, wow, this is a little messed up,” Vicki continued. “Everybody was having fun. But you just see it from a different perspective when you’re not on anymore.”

During the interview, Vicki Gunvalson said that each show has its own clique. She also said that the fame almost becomes addicting. Despite having this bond with the other shows, Vicki feels there’s competition among the casts. She recalled staying with her RHOC cast members during Andy’s baby shower and BravoCon.

Vicki also managed to pull a Mariah Carey and said she doesn’t know who Erika Jayne is.

“I didn’t even know Erika Jayne. I have no idea what I would say to her,” Vicki said. “Like, ‘Hi, I like your pigtails?’ Like, I didn’t feel like I needed to reach out to anybody.”

And these days, Vicki has no interest in becoming friends with the cast of RHOBH. Are you surprised by Vicki’s comments? Sound off below in the comments.