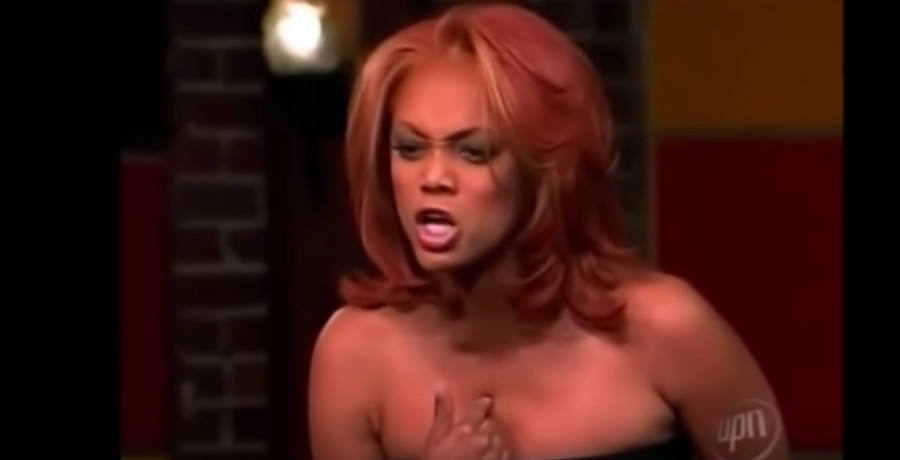 America’s Next Top Model was must-see TV in the early 2000s. Running for 23 seasons with Tyra Banks as the host, the show has come under a microscope in recent years. Tyra Banks is often praised for creating a show with one of the most diverse casts. However, some of her questionable behavior and modeling challenges have come under fire in hindsight.

On Thursday, January 21, a wide Twitter debate began over the “worst reality TV terrorizer.” Many people chose the ANTM host and they included clips of some of her worst behavior.

In 2003, the UPN network (now known as CW network) debuted a reality competition hosted and created by supermodel Tyra Banks. America’s Next Top Model selected contestants to compete for a modeling contract with a top modeling agency. But first, the wanna-be models would have to compete in weekly challenges and photoshoots.

Some aspects of the show are now seen as questionable. Particularly, episodes in which white models had to pose in blackface. In one famous instance, Tyra Banks berated a model for disappointing her, screaming, “I was rooting for you. We were all rooting for you,” before kicking the contestant out of the competition.

Some of the other grievances ANTM fans lob against Tyra Banks are include:

This was not the first or even the second time Tyra Banks’ behavior on ANTM has come up on social media. Back in May, footage of the model’s advice to a contestant went viral. In the 2006 episode, Tyra strongly suggests an aspiring model undergo a procedure to fix the large gap in her teeth.

In fact, the show sent the contestant, identified by The Grio as Danielle Evans, to a dentist, which was filmed as part of the show. However, Evans stood her ground and refused to fix the gap. When host – and judge – Tyra Banks found out in the elimination portion, she lambasted the contestant.

Why was this allowed to air wtf Tyra banks is going to straight hell pic.twitter.com/xtiWl3srKJ

Evans would later go on to win that season, but fans still take issue with Tyra Banks’ advice.

Will She Return to Host Dancing With The Stars Next Season?

Despite the backlash that pops up every few months about Tyra Banks and ANTM, she continues to work in television. In fact, she was named the new host of Dancing With The Stars for Season 29. ABC fired long-time host Tom Bergeron and his sidekick Erin Andrews and replaced them with Tyra Banks.

And fans were not happy about it. But can you blame them? After all, Tyra Banks mistakenly told one DWTS contestant they were safe when, in fact, they were going home that night.

Despite those hiccups, ratings were up and the supermodel is hopeful she’ll return for Season 30. ABC has yet to announce any details about the milestone season. Be sure to check back with us for updates.